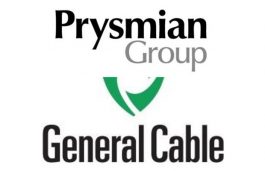 Prysmian Group (BIT: PRY) and General Cable Corporation (NYSE: BGC) today announced that the parties have been informed that they have obtained clearance from the Committee on Foreign Investment in the United States (CFIUS) for the proposed acquisition of General Cable by Prysmian. Such clearance was the last of the regulatory approvals sought in connection […]