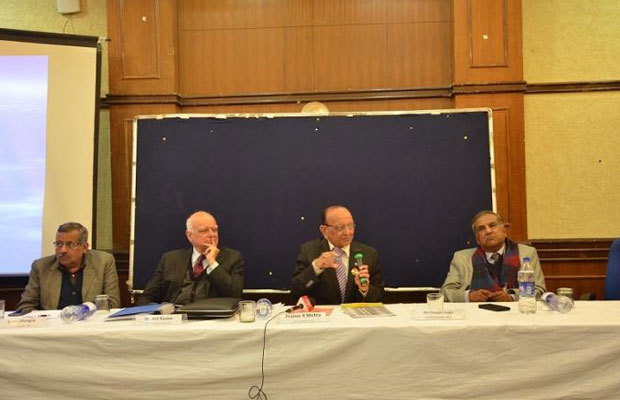 A visionary in the field of Solar Energy and the chairman of National Solar Energy Federation, Shri Pranav R Mehta, has taken over as the president of Global Solar Council (GSC) from January 1, 2019. The GSC has its headquarters in Washington D.C., USA.

The Global Solar Council (GSC) was launched on December 6, 2015, following the historic United Nations Climate Change Conference (UN COP 21). The GSC came into being as International Coalition of more than 30 nations, utilising maximum solar energy, decided to harness the renewable energy for the greater good.

Mr Mehta has been invited by over 15 countries in the last two years to share his vision and experience in India’s impressive solar growth. The visionary started his solar journey way back in 2006 when India was at Zero Megawatts solar capacity and is credited with having played a catalytic and pivotal role in opinion building, emphasis and awareness about the importance of solar energy, integrating the efforts of all solar energy stakeholders including government and private sector as well as the intellectual inputs. Today, India is placed amongst the Top 5 solar players in the world and is third largest solar market. But the suave and low profile attributes the credit to the political will and leadership of Prime Minister Narendra Modi and in equal measure to solar industry players and all stakeholders including the government.

“India’s impressive growth would not have been complete without Prime Minister and his government’s enabling policies, role of proactive bureaucracy and significant contribution of solar industry players in terms of capital investment, technology deployment, employment generation, skill development, innovative financing and above all, achieving cost reduction,” opines Mr Mehta, who is well known for his work in the area of sustainable development and outgoing environmental and social concerns.

Recognising his contributions to the solar sector across the world, Shri Pranav Mehta who has been keeping the Indian flag flying high in the solar arena, has been conferred with the ‘Visionary Disruptor Award’ by Solar Future Today, which he will be receiving on 15th January, 2019 at the sidelines of World Future Energy Summit in Abu Dhabi.

Speaking about GSC’s future plans, Mr Mehta stated, “My heart goes out to the energy have-nots. Moreover, solar energy has a vast potential for poverty alleviation. We at Global Solar Council will thus strive to achieve not only growth but spread of solar energy globally and reach out to those who have no access to energy. To this end we will – together with and in consultation with ISA, IRENA, World Governments and like-minded positive organizations – strive to achieve 1.0 Trillion Mini Grids ensuring decentralized energy, 1.0 Trillion Solar Homes, and 10.0 million jobs by 2030. Of course, we will aim at 1.0 million of each of the above items and then scale it up deploying new storage and other technologies.”