West Bengal CM Mamata Banerjee has said the state government has been emphasising on e-buses to protect the environment and reduce air pollution. 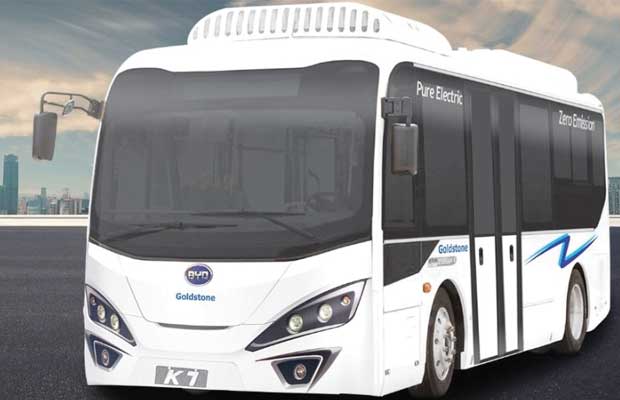 West Bengal Chief Minister Mamata Banerjee has said the state government has been emphasising on electric buses (E-Buses) and ferries as modes of transportation to protect the environment and reduce air pollution.

Urging the people to strive to save green and stay clean, she said a programme has also been launched to spray water mixed with chemicals on the roads to counter dust pollution.

“Today is #NationalPollutionPreventionDay. Let us strive to ‘Save Green, Stay Clean’. Our Govt in #Bangla is stressing on e-buses and ferries as modes of transport to reduce air pollution. We’ve also launched a programme to spray water mixed with chemicals to suppress dust on roads,” Banerjee wrote on her Twitter handle.

The West Bengal Transport Corporation (WBTC) has recently introduced a fleet of e-buses to connect the city to its suburbs and the department has plans to have as many as 5,000 e-buses by 2030, an official said.

These buses would help in bringing down the per annum carbon dioxide emissions by 7,82,560 tonnes, the official of the transport department said. In India, the National Pollution Prevention Day is observed on December 2 to remember those who had lost their lives in the Bhopal gas tragedy of 1984.

In September, it was reported that the West Bengal State Electricity Distribution Company (WBSEDCL) had forwarded a proposal to the Ministry of Power for setting up of 241 electric vehicles (EV) charging stations in West Bengal at an upfront installation cost of Rs 125 crore. According to the proposal, nearly half of these charging stations (116) will come up in the state and national highways at a distance of around 25 km each.