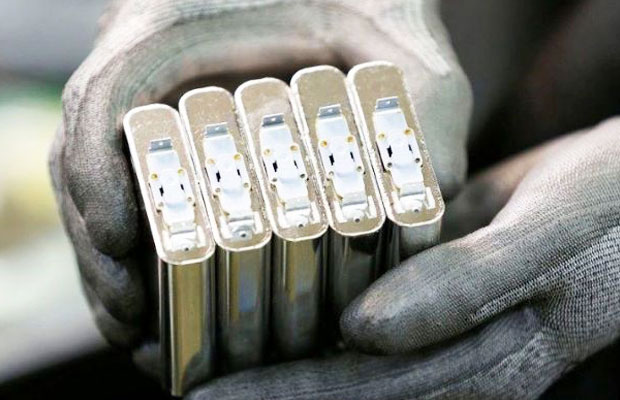 The news comes at a time when the government is amidst a major push for electric mobility in the country and with budget sops is trying to localize the manufacturing of EV parts. According to Shivhare, the company has already acquired a land parcel of 126 acres in Dholera.

“Tata Group has already made an announcement to set up a Li-ion battery manufacturing unit. They have procured land of 126 acres and in the first phase, the company will make an investment of Rs 1,000 crore,” said Jaiprakash Shivhare, while interacting with media persons on the sidelines of Gujarat Aviation Conclave organized by Confederation of Indian Industry (CII) in Ahmedabad on Thursday.

Shivhare added that the ultimate manufacturing capacity would be 10 gigawatts (GW).

“Government of India will soon roll out policy incentives for battery manufacturers for electric vehicles. In fact, incentives for capacities up to 50 GW will also be offered. This will be a further push for investments in this sector,” he explained.

According to the IAS officer, Dholera is an ideal destination for the manufacturing of batteries. “DSIR fulfils all the key parameters making it ideal for battery manufacturing. We are offering title-cleared land with ready possession, in addition to necessary infrastructure to make it a plug and play system for upcoming units. Moreover, we are also in a position to offer the cheapest power tariff,” said Shivhare.

“Torrent Power will be providing electricity to the unit at Rs 4.65 per unit. Affordable power cost is a crucial factor for battery manufacturing because it involves power-intensive operations. If power costs are up, battery prices will further go up. With all these parameters in place, we expect to bring in investments from battery manufacturers in this sector,” he added.

Later in April, Tata Chemicals Limited (TCL), a subsidiary of Tata Group involved in producing chemical products, signed a new Memorandum of Understanding (MoU) with ISRO for its lithium-ion cell technology, developed by Vikram Sarabhai Space Centre (VSSC). Through this Tata Chemicals got Non-Exclusive rights for technology to manufacture lithium-ion cells of varying size, capacity, energy and power density to cater to the power storage requirements in the Indian market.

Recently Post Budget, Dr. Pawan Goenka, managing director, Mahindra & Mahindra also expressed his thoughts on EV battery Manufacturing. Dr. Goenka said that this part of the EV ecosystem is not one where Mahindra has the expertise but is “open to partnership with a global player keen on setting up a lithium-ion cell manufacturing operation in India.”

The government hopes that once an indigenous setup for manufacturing lithium-ion batteries is in place, India can largely benefit directly as well as in indirect ways. While the batteries will empower most of the electrically run devices in the country, an impending transition to electric vehicles will also be propelled by this, as the lower cost of batteries will pull down the cost of EVs, helping in their mass adoption.