Punjab in Talks With Japan for Launching Electric Buses 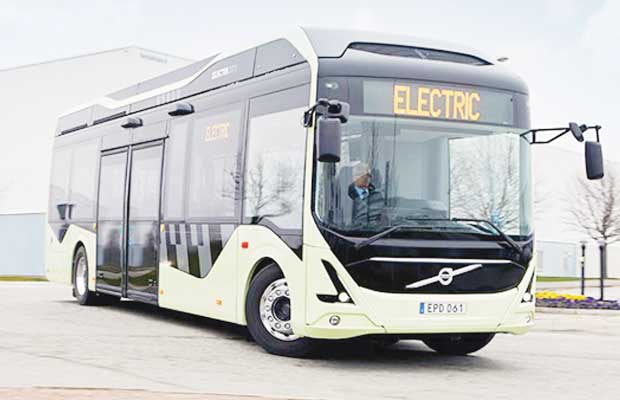 The Punjab government has informed that it is in talks with Japan to launch electric buses based on the Japanese model of state-of-the-art quick charge lithium-ion batteries in the state. The project will begin with a pilot of five buses in Chandigarh and Patiala.

The government will take forward the discussions on the Japanese electric vehicle (EV) corridor during the upcoming Progressive Punjab Investors Summit 2019 in which Japan External Trade Organization (JETRO), a Japanese government-related organisation, is partnering for the country session. JETRO promotes mutually beneficial trade and investment between Japanese organisations and other countries.

Punjab is organising an investors’ summit on December 5 and 6, 2019. A delegation led by the Japanese ambassador to India will attend the summit. It will also see participation from Mitsui, SML Isuzu, Mitsubishi and Yanmar, a release said quoting Vini Mahajan, additional chief secretary, Industries & Commerce Punjab.

In October, we reported that the Energy Efficiency Services Limited (EESL), a joint venture of four National Public Sector Enterprises under the Ministry of Power, Government of India, had signed a Memorandum of Understanding (MoU) with BSNL (Punjab Telecom Circle), an Indian state-owned telecommunications company, to install 100 public EV charging stations to boost e-mobility in Punjab.

Both EESL and BSNL have entered this 10-year MOU with the objective of building electric vehicle infrastructure in the BSNL, Punjab Telecom Circle area and explore synergy for further promoting EVs, including electric two-wheelers in the state.

Under the MoU, EESL will make the entire upfront investment on services pertaining to the MoU, along with the operation and maintenance of the public charging infrastructure by using qualified personnel. BSNL would be responsible for providing the requisite space and power connections for installing the charging infrastructure.