LG Chem has signed an agreement with EV maker Lucid Motors to exclusively supply next-generation cylindrical batteries for EVs until 2023. 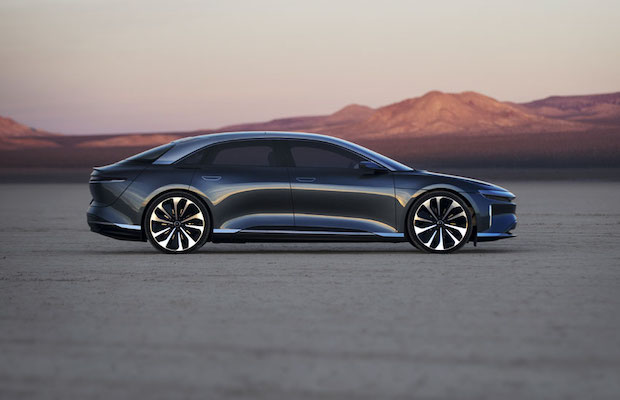 LG Chem has signed an agreement with electric vehicle (EV) maker Lucid Motors to exclusively supply next-generation cylindrical batteries for EVs from the second half of this year until 2023.

The South Korean EV battery maker, which counts General Motors (GM) and Volkswagen among its customers, will supply cylindrical batteries for the US-based EV maker’s first standard model for the luxury EV the ‘Lucid Air’ model. The firm announced that it has signed a deal to exclusively supply cylindrical batteries to the standard model and that it has also held talks for supplying batteries for Lucid’s special model that is slated for release later.

The standard model can reach zero to 100 km/h in just 2.5 seconds, and it is a luxury electric sedan with a driving range of 643 km when fully charged.

Lucid Motors CEO Peter Rawlinson said, “The collaboration with LG Chem is the best plan for Lucid Motors to produce EVs efficiently.” He added, “Through this, we have become enabled to guarantee the best EV performance to our customers.”

The battery that LG Chem will supply to Lucid Motors is the ‘21700’ that is also called the next-generation cylindrical battery. The cylindrical ‘21700’ battery has an exterior size of diameter 21mm and a height of 70mm and it has increased capacity by 50 percent compared to the older cylindrical ‘18650’ battery (diameter 18mm, height 65mm), while also improving performance. Through the commercialization of the ‘21700’, it has become possible to build batteries of desired capacities by connecting fewer batteries than the ‘18650’.

LG Chem Energy Solution Company head and CEO Kim Jong-Hyeon said, “By supplying cylindrical batteries to Lucid Motors, we were able to strengthen our EV battery business portfolio by adding to our pouch batteries.” He added, “We will aggressively pioneer the EV cylindrical battery market that is growing rapidly to become the undisputed global top in the EV battery sector.”

Through the supply contract with Lucid Motors, LG Chem has now procured a business portfolio for the entire EV market which is separated into the large pouch and small cylindrical battery markets. In the large pouch battery section, it has been supplying batteries to a total of 13 out of the top 20 global car makers including Volkswagen, Renault, Volvo, GM, and Hyundai. It has already procured a huge order worth approximately 150 trillion KRW by recently announcing to establish a large-scale joint venture for EV batteries with GM.