According to a report from the Investment Information and Credit Rating Agency (ICRA), three-wheelers will spearhead the Indian EV journey because these vehicles have to travel fewer distances, carry more load and generally will make do with a day’s worth of charge. The new electric three-wheelers (e3w) sold in the country in May constitute a major share of 56% – out of the total number of three-wheelers sold during the month, as against a 50% share in each of the three months till April 2022. The manufacturers of electric three-wheelers are expecting growth prospects for the industry. 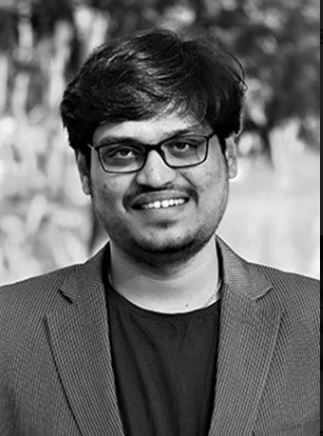 By 2025, ICRA says, the electric two-wheelers will account for 8-10% of the total 2W sales will be EVs, whereas over 30% of the 3Ws sold will be battery-powered. During Calendar Year 2020 due to Covid-19 related impact, the global automotive demand declined. But electric vehicles on the other hand have seen ~40% growth over the previous years. On the global front, EVs now account for 4.4% of new car sales during Calendar Year 2020. While the transition to EVs from petrol and diesel vehicles is inevitable, the pace of penetration will be gradual in the Indian market unlike China, Europe and the USA.

Online commerce will continue to be a key driver for the growth of electric three-wheelers in the market. Especially after the pandemic, Indian customers are buying more and more online products from the comfort of their homes. This shift has led to the exponential growth of the demand for last-mile delivery ecosystems. According to a report by the World Economic Forum, by 2030, the E-commerce market will soar to 78% globally. The number of deliveries and other vehicles will rise by 36% by 2030. The increased demand for ecommerce and last-mile connectivity for the better and fast delivery of goods will lead to the growth of electric three-wheeler vehicles. The preference for electric three-wheelers in this regard is growing as light and medium commercial trucks are expensive to operate and cannot offer the ease of navigating through narrow streets, while electric two-wheeler vehicles offer only limited load capacity.

Manufacturing of EV batteries and powertrain technologies, and setting up charging and battery swapping infrastructure will remain critical for incentivizing the local EV ecosystem. It also helps to reduce costs and improve the EV ecosystem in the country. Production linked incentive (PLI) scheme for auto components and ACC batteries would provide the much-needed boost for localising manufacturing in the electric vehicle sector. The dependency on imported battery cells will however continue in the medium term. Many companies should focus on localizing other parts including motor and controller in the near term followed by localization of battery management systems and other electronics over the coming 3-5 years. Financing of EVs is still the key pain point due to higher interest rates. To solve this problem, many public sector banks should step up their EV financing facility for electric three-wheelers so that micro and small entrepreneurs can also get proper financing.

In India, after the implementation of the FAME II policy, the organized electric three-wheelers have grown significantly as it helps to reduce the high sticker price of 3-wheelers that run on Li-ion batteries. The difference between the cost of a lead-acid battery and the advanced Lithium-ion is about two and half lakh rupees. But the incentives under FAME II on Lithium-ion battery EVs reduce this price difference to a much extent.

Several state governments are also giving necessary push through progressive EV policies. Delhi Government exempts ‘electric carriers’ from its existing ban on plying and parking of LCVs during specific timings. It has also announced a state subsidy which is the largest amount in India. The Telangana Government has also declared a policy in which there will be no registration fees along with no road tax for electric vehicles (EVs) in the state. It has also paved the way for a separate tariff to facilitate setting up of EV charging stations. The State government is also encouraging stakeholders to avail benefits available under the 10-year policy.

At BILITI Electric’s  cargo three-wheeler variant TASKMANTM we have introduced a battery swapping system called SmartSwappTM. The rider can refuel the vehicle within less than 2 mins, but simply replacing the discharged battery with a fully charged one.