Amid Motown Slowdown, Electric Two and Three-Wheelers Power Ahead 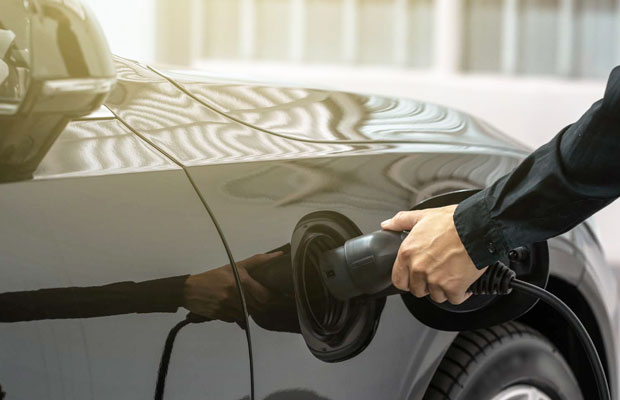 Government think tank Niti Aayog announced, and retracted quickly on a transition target from fossil fuel based internal combustion engine (ICE) to EVs for two and three-wheelers by 2023. While the climbdown has been caused by an auto sector in distress, besides the cost of compliance with BS-VI fuel standards from April 2020, the EV future remains bright.

Niti Aayog’s report did some maths to justify the target. The report said “India has over 170 million two-wheelers. If we assume that each of these vehicles uses a little more than half a litre of petrol per day or about 200 litres per year, the total amount of petrol used by such vehicles is about 34 billion litres. At Rs 70 per litre, this would cost about Rs 2.4 lakh crores. Even if we assume that 50 percent of this is the cost of imported crude (as tax and other may be 50 percent), one may save Rs 1.2 lakh crores worth of imported oil. There is a real possibility of getting this done in the next five to seven years.” Of course, it’s not always the math that wins.

The push for EVs to cut pollution levels in its cities and save fuel import dollars has meant multiple incentives by the government to manufacturers and consumers to make the switch. Oil marketing companies and public sector undertakings have also been encouraged to rollout charging infrastructure to ease range anxiety.

Quality always comes with a price and so is the case with modern technology and components to safeguard the environment. Since 40 percent of the cost of an EV is the battery, recommended lithium-ion batteries add to the overall cost and upfront purchase price. This makes an EV expensive to buy when compared to an ICE vehicle. In fact, with the new FAME guidelines ruling out subsidies for lead acid batteries that power EV’s for instance, the much celebrated e-rickshaws, the unorganised mass of EVs that make up over 80 percent of India’s EV numbers on date, are in for a stumble.

In a report, Bloomberg New Energy Finance (NEF) has stated that it expects price parity of ICE and EV by mid 2020 in two wheelers, while another report by PricewaterhouseCoopers says India sold 7.6 lakh EVs in FY 2019 dominated by two wheelers (16.4 percent) and three-wheelers (83 percent).

The NEF report also mentions that the EV passenger segment might reach 28 percent growth by 2040. The price parity target for comparable products looks very ambitious; if you compare the price of say an Activa 5G from Honda to Ather 450 EV, the latter is priced at Rs 1.28 lacs, almost twice the cost of the Activa 5G.

Maxson Lewis, managing director of Magenta Power, a EV charging solutions provider reckons the second half of 2020 is when the market will zoom.

“The three-wheeler market is growing in certain geographies since it is a regulated market. Delhi has more than 1 lakh electric rickshaws and they are essentially EVs,”he says.

Talking on the vital issue of charging of electric two and three-wheelers, Lewis says: “I think there is a huge concern, if misplaced, around DC fast charging. Globally, up to 80 percent of the EV charging happens at homes and office – places where people park their cars normally and naturally. DC fast charging is for highway charging and caters to the 20 percent of the charging requirements. Even after DC charging, it is recommended to do an AC charging for battery stabilisation and life. What I am trying to say is that DC fast charging is required for a different use case (fleets and highways), but the mass adoption of EV will be driven by availability of safe and simple AC charging”.

Given the small size of the onboard converters, AC charging is relatively slower and inefficient. In DC charging, the convertor is outside the vehicle and can be as large as required. Hence, DC charging tends to be faster. However, approximately 80 percent of EV charging happens using AC charging since charging is happening at places where vehicles are parked usually.

Magenta Power is making its own charging network called ChargeGrid. It is an open charging platform made for 2W, 3W or 4W irrespective of the type and make of vehicle, in India with an option to provide charging services through the platform, catering to malls, housing complexes or individuals.

For users, the issues are obvious. “There needs to be faster charging systems in place… during office time or at work, one does not get enough time, also, charging stations are very spaced out. In a major metro like Bengaluru which is notorious for traffic congestion, this becomes a risky affair,”said Vijaya. N, an EV two-wheeler customer. His views voice the most common issue of range anxiety for prospective EV owners, an issue where battery swapping provides an easy answer possibly.

“In the context of India, two-wheelers and three-wheelers make up almost 80 percent of vehicles sold. We first want to focus on 80 percent of India’s automotive population. The FAME-II policy also outlays maximum subsidies for these two segments.” said Akshay Kashyap, founder and managing director of Greenfuel Energy Solutions.

Kashyap has an interesting view on the charging infrastructure required for two and three-wheelers. “Public infrastructure for two and three-wheelers is really not needed. You can charge these using a standard socket at home, office or in malls. Further, I think you will see business models around battery swapping or even portable batteries for two-wheelers which make it easy to charge the vehicles even in apartments like you charge your phone. Having said that, there is going to be some charging infra put up in malls, apartment complexes, etc. for charging them,” Kashyap said.

He too agreed with a few other expertson a key aspect. “For the long term, Hydrogen fuel cells, EV’s and natural gas will be the most important fuels and technology going forward. In fact from 2030 onwards, we should see these fuel technologies overtake the IC Engine in numbers. Hydrogen fuel cell is an important technology to watch out for. For India, green mobility is no longer an option but an imperative,” Kashyap added.

Interestingly, the two and three-wheeler market for EV’s at this point is dominated by start-ups. The traditional OEM’s have all signalled their intent but are yet to launch their products. There are a few battery pack manufacturers like Greenfuel Energy Solutions, but most companies are just importing technology from China and pushing it into the Indian market.

“India gained huge strides towards electric mobility in the year gone by. Not only did we witness a slew of manufacturers lining up to address the supply problem for electric vehicles, the government announced a slew of initiatives that has really turned the wheels of electric mobility in India,”Gemopai Electric Co-founder Amit Raj Singh said.

Jaipur-based electric mobility start-up BattRe’s portfolio includes e-scooters and even e-bicycles, a popular segment in India’s hinterland. “We learnt in this year gone by, about the consumer needs and the gaps that exist in the available solutions. It has also helped us build the right organization structure for a seamless operation,” said Nishchal Chaudhary, the founder and CEO of BattRe.

BattRE has future plans of growing deeper with district level distribution in the states where it has already launched its electric scooters with an emphasis on easy availability as well as servicing. It plans to be present in all major towns of southern India by Diwali.

Ather Energy, an early pioneer backed by Hero Electric and Sachin Bansal among others, has similarly ambitious plans.

The firm launched its scooters in Bengaluru first, followed by Chennai. A strong response has only quickened their plans to go to a production level of a million scooters in the future. Besides its own charging network, the company has also launched the Ather Dot, a charging unit that weighs just 3.5 kg and comes with a 2-metre long output cable and 1.2-metre long input cable. The charging unit delivers a 60 V, 12 A DC supply, which is capable of offering 0 to 80 percent charge in just 4 hours and 30 minutes, while 0 to 100 percent takes 5 hours and 15 minutes.

Ather says that the charging patterns data show that most owners charge either overnight or during the day at their workplace, making the waiting time manageable. But the road ahead for electric two and three-wheelers in India is not without any challenges or bumps. There are about 20 models of lithium-ion powered models of electric two-wheelers in the market and the FAME-II subsidy is only eligible for these models.

However, as batteries evolve to significantly higher energy capacity for longer range and with ability tocharge in a very short period of time, battery swapping could die faster.

And then there are the alternate green fuels. According to a SIAM report of March, 2019, three million CNG vehicles, including 1.7 million cars in India, save 3 percent of fuel which can further be enhanced by proper infrastructure and an increase from the present level of about 1,300 CNG stations. SIAM expects government to deploy 6,000 CNG stations by 2025 and 10,000 stations by 2030 for catering to 20 million CNG vehicles.

SIAM also says that Hydrogen and Fuel Cell technologies could achieve a 33-35 percent reduction in greenhouse gases by 2030 .

Taken together, the adoption of green mobility is real, here and in our driveways. The cost of ownership will reduce with time and so will the benefit to our environment. Government subsidies will be replaced by technology innovation that helps these new vehicles stand on their own strengths, besides their undoubted role in reducing pollution.