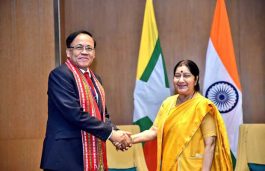 On the sidelines of the ‘Delhi Dialogue 10’ of the India-ASEAN summit in New Delhi, the Minister of International Cooperation of Myanmar, Kyaw Tin has handed over the ISA Framework Agreement to the External Affairs Minister Sushma Swaraj. Taking a step forward to combat climate change, Myanmar has recently joined the India-led International Solar Alliance […] 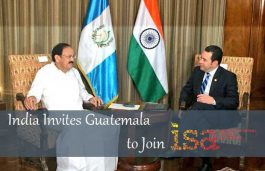 Moreover, India and Guatemala have also agreed to support each other’s candidature for non-permanent membership in the United Nations Security Council (UNSC). With an aim to provide greener planet to our next generations, India has invited Guatemala to join the International Solar Alliance (ISA), the first international inter-governmental treaty based organization aiming to boost solar […] 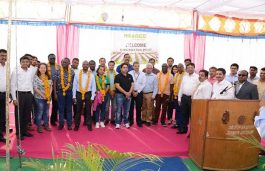 ISA Delegates’ India visit was to study the deployment of solar in India. The summit was significant to India as it tries to achieve the ambitious target of generating 175 GW of renewable energy, including 100 GW of solar energy, by 2022. Waaree Energies Ltd., one of India’s largest solar panel manufacturers, welcomed delegates from International […] 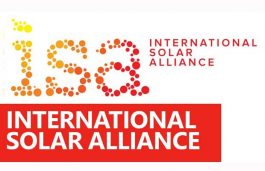 The International Solar Alliance (ISA) aims at increasing solar energy deployment in member countries at an affordable rate, create solar grids and establish solar credit mechanism. When we talk about tackling climate change, the biggest developments are in the offing. The aim is to adopt clean energy sources and to move towards a fossil-free future […] 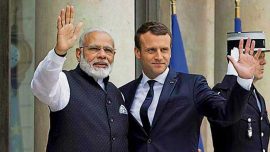 French President Emmanuel Macron is also likely to be in present when the initiative, launched at the 2015 UN Climate Change Conference in Paris by Prime Minister Narendra Modi and former French President Francois Hollande, officially takes off.   The central government is gearing up for another diplomatic feat with the formal launch of the […] 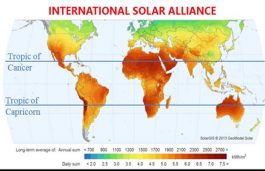 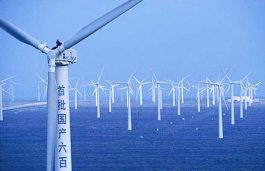 China’s decision to join the global solar alliance of 121 solar resource rich countries is seen as India’s significant victory as the former has become the most dominant player of renewable energy. In a significant development, China has announced its intention to join the India-led International Solar Alliance (ISA) at the UN-sponsored climate change conference […]