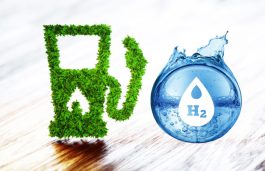 The Australian Renewable Energy Agency (ARENA), on behalf of the Australian Government, announced yesterday its conditional approval of $103.3 million towards three commercial-scale renewable hydrogen projects, as part of its Renewable Hydrogen Deployment Funding Round. The three successful projects are: 1. Engie Renewables Australia Pty Ltd (Engie), which will receive $42.5 million towards a 10 MW […]