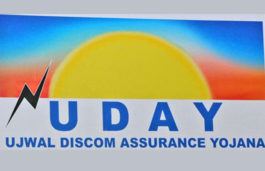 Government has signed a MoU with Himachal Pradesh and the State DISCOM under the Ujwal DISCOM Assurance Yojana (UDAY) for operational and financial turnaround of the DISCOM. Himachal Pradesh is the 18th State to join the UDAY scheme. According to Ministry of Power an overall net benefit of approximately Rs. 823 crores would accrue to the State […]