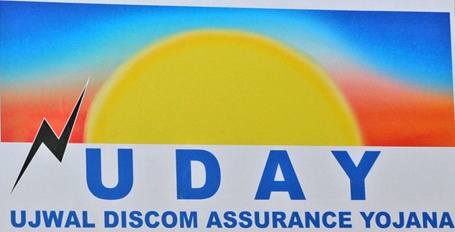 Government has signed a MoU with Himachal Pradesh and the State DISCOM under the Ujwal DISCOM Assurance Yojana (UDAY) for operational and financial turnaround of the DISCOM. Himachal Pradesh is the 18th State to join the UDAY scheme.

According to Ministry of Power an overall net benefit of approximately Rs. 823 crores would accrue to the State by opting to participate in UDAY, by way of savings in interest cost, reduction in Aggregate Technical and Commercial (AT&C) and transmission losses, interventions in energy efficiency etc. during the period of turnaround.

By signing Himachal Pradesh Government would take over Rs.2891 crores of DISCOM debt, being 75% of the total DISCOM debt of Rs.3854 crores outstanding as on 30.09.2015, as envisaged in the scheme. The scheme also provides for the balance debt of Rs.963 crores to be re-priced or issued as State guaranteed DISCOM bonds, at coupon rates around 3% less than the average existing interest rate. The annual saving in the interest cost to the State would be around Rs.140 crores on account of restructuring of the DISCOM debt.

In order to bring about a sustainable turnaround of the DISCOM, the State Government and the DISCOM will improve operational efficiency through compulsory Distribution Transformer metering, consumer indexing & GIS mapping of losses, upgrade/change transformers, meters etc., smart metering of high-end consumers, thereby bringing about reduction in transmission losses and AT&C losses, besides eliminating the gap between cost of supply of power and realization. The reduction in AT&C and transmission losses to 12.75% and 3.50% respectively is likely to bring additional revenue of around Rs.119 crores during the period of turnaround.