Solar power in space, which has played such a key role in powering satellites so far, is now in the spotlight for generating energy on Earth too. 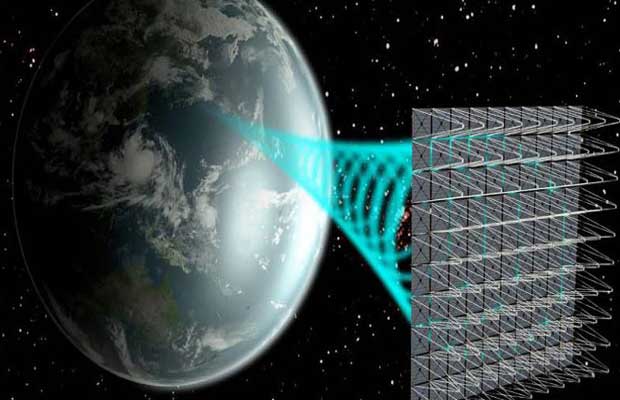 Taking the help of massive solar powered satellites for the collection of solar energy, the UK government  has commissioned fresh research into the feasibility of space-based solar power (SBSP) systems which will harness solar energy in space. Following its collection, the energy will be converted unto radio frequency which will then be safely beamed back to ground-based receivers. These will be connected to the electrical power grid.

Introduced to the world by science-fiction writer Isaac Asimov in 1941, this idea is now being researched in many countries with the hope that one day it will be reality soon. This comes at a time when lightweight solar panels and wireless power transmission technology is developing swiftly. Throw in the sharp drop of space launches in recent years, and the idea suddenly seems to be moving away from science fiction into the realms of reality now.

Helmed by Frazer-Nash Consultancy, this research is set to take into account the economics and engineering aspects that such a project would entail. If and whether it would be possible to provide consumers energy which is affordable and the technology and engineering which will be needed to bring it to life. One of the primary concerns is whether assembling all those massive satellites in orbit can be done at all.

In the past, this idea was deemed implausible because of the cost of rocket launches along with the weight that such a project requires. However, in recent times, many privately-led space ventures have emerged and this cost has been brought down drastically in the last decade. Among others, India’s very own ISRO has also been responsible for bringing down the cost of launching satellites into space.

Martin Soltau, Space Business Manager at Frazer-Nash while giving an overview of the research to a publication said, “SBSP has the potential to contribute substantially to UK energy generation, and offers many benefits if it can be made practical and affordable.

Frazer-Nash is studying the leading international solar power satellite designs, and we will be drawing up the engineering plan to deploy an operational SBSP system by 2050. We are forming an expert panel, composed of leading SBSP experts and space and energy organisations, to gain a range of industry views.

We will compare SBSP alongside other forms of renewable energy, to see how it would contribute as part of a future mix of clean energy technologies. We have also partnered with Oxford Economics, who have significant experience in the space sector and who will provide additional insight to the economic assessment of the system, and the benefit to the UK’s economy.”

The UK has been solid progress on its drive to be a net zero economy by 2050. Besides the story we featured today on plans to be all electric in cars by 2030 now, in 2019, the country managed to generate more electricity using sources like wind, solar and nuclear energy than those which emit carbon like natural gas and coal. Carbon dioxide generation in the UK has decreased by 40%,  as reported by World Resources Institute – a non-profit based in Washington. This is more than any other major industrialised country for now.