Four firms have emerged as the lowest bidders in the latest auction by SECI for the Rajasthan 750 MW solar Tender under Tranche-II. 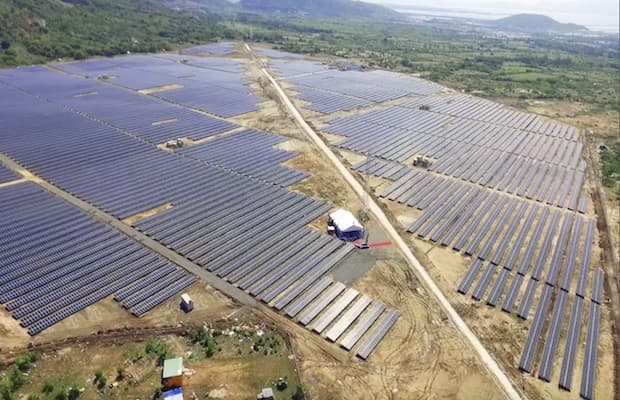 State-owned power giant NTPC, Mahindra Susten, Hero Solar Energy and Azure Power Maple have emerged as the lowest bidders in the latest auction by the Solar Energy Corporation of India (SECI) for the Rajasthan 750 MW solar Tender under Tranche-II.

The four firms quoted a tariff of Rs 2.5 per unit each in a reverse auction conducted by the SECI on Wednesday for Rajasthan Tranche II (750 MW) projects, a source close to the development has said.

SECI had issued the Notice Inviting Tender (NIT) for the development of the 750 MW solar power projects in Rajasthan (Tranche-II Non-Solar Park) in March, 2019.

It is believed that NTPC bid for 160 MW in Rajasthan Tranche-II 750-MW solar tender, while Mahindra Susten submitted a bid for 200 MW. Similarly, Hero Solar Energy showed interest for 250 MW and Azure Power Maple wanted 100 MW out of this auction.

With this auction, NTPC has won an aggregate solar capacity of 505 MW so far under tariff-based competitive bidding tenders of states, a source said.

The tariffs had hit the lowest rate of Rs 2.44 per unit in May 2017 for Rajasthan’s Bhadla projects. Later also, the tariffs had touched the low of 2.44 per kWh at least twice.

In August 2018, SECI had launched a similar tender for 750 MW solar projects to be developed in  Rajasthan, with a fixed tariff of Rs 2.93/kWh for the tender for a period of 25 years. The projects had minimum individual capacities of 10 MW and allocated to be set up in multiples of 10 MW, with a cumulative capacity of 750 MW.

Recently, in SECI’S latest tranche of 1200 MW wind-solar hybrid tender was left undersubscribed by 300 MW after only two bidders submitted bids for the project. Adani Green Energy and ReNew Power were the only two bidders, with both submitting bids worth 600 MW and 300 MW respectively, according to industry sources. Adani Green Energy won the tender with the L1 bid of Rs 2.69/kWh for developing 600 MW capacity. And ReNew Power has been awarded 120 MW capacity after submitting a bid of Rs 2.70/kWh for 300 MW capacity.

In May, SECI successfully auctioned 250 MW of grid-connected solar power projects in Dondaicha Solar Park (Phase – I), located in Dhule district of Maharashtra. The Talettutayi Solar (Solar Arise) who quoted ₹2.87/kWh to develop 50 MW of solar PV power projects, emerged as the lowest (L1) bidder. Tata Power quoted a tariff of ₹2.88/ kWh to develop 100 MW of solar PV capacity and National Thermal Power Corporation (NTPC) quoted a tariff of ₹2.91/kWh to develop 250 MW of solar PV projects but was awarded only 100 MW due to constraints of the bucket filling method applied to award contracts in reverse bidding.