During the quarter, the Mumbai-headquartered company’s profit after tax (PAT) before exceptional items stood at Rs 259 crore, as against Rs 118 crore. 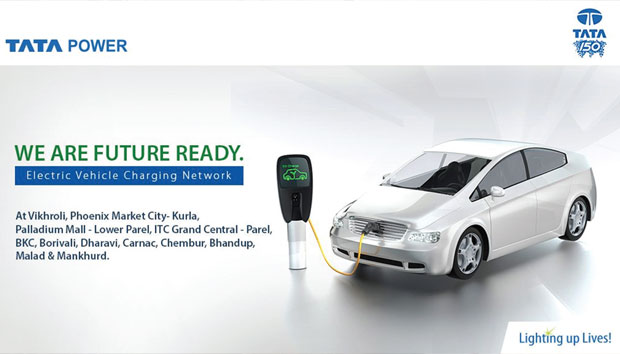 It has reported an EBITDA (earnings before interest, tax, depreciation and amortization) of Rs 1,391 crore in Q4 FY18, the company said in a regulatory filing. Q4 is the quarter ending March 2019, also, the end of its full financial year 2018-19.

Furthermore, it’s consolidated EBITDA for renewable business in Q4 FY19 grew by 34 per cent on q-o-q basis, to Rs 606 crore on the back of higher operational revenues and EPC volume.

During the quarter, the Mumbai-headquartered company’s profit after tax (PAT) before exceptional items stood at Rs 259 crore, as against Rs 118 crore.

However, it has reported a sharp drop in its consolidated PAT at Rs 107.32 crore during the fourth quarter of FY19, from Rs 1,364.33 crore in Q4 FY18 on the back of an exceptional adjustment in previous year.

Commenting on the company’s performance, Tata Power, CEO & Managing Director, Praveer Sinha said, “The company continues to focus on growth in new businesses. Our renewable business added a capacity of 200 MW and another 400 MW is currently in pipeline. Our solar EPC business possesses a healthy order book of Rs 1,360 crore. We have launched solar rooftop solutions in several cities across the country and set up 65 EV charging stations.”

“It’s been our endeavor to grow our renewable energy footprint across the country and set new benchmarks for operational efficiencies. Moving forward, the key growth areas identified for the company include renewables, transmission, distribution and value-added businesses including Rooftop Solar, Smart Metering, EV charging stations and Micro grids in rural areas,” Sinha added.

Recently, with an aim to optimize operating costs, Tata Power Renewable Energy Ltd (TPREL), a renewable arm of utility giant Tata Power, has entered into a pact to sell its 32 MW operating wind assets in Maharashtra.

Besides, the company has also made it publicly clear that it will cease building new coal-fired capacity, according to the report released by the Institute for Energy Economics and Financial Analysis (IEEFA). The report highlighted the company’s long-term strategy that will see renewable energy dominate its power capacity build-out going forward.

Meanwhile, the company’s board has appointed Ashok Sinha as the company’s Additional Director in an independent capacity with immediate effect for 5 years, subject to shareholders’ approval.