Like in the previous year, in 2017-18 too, Suzlon became the leading original equipment manufacturer (OEM) in India. 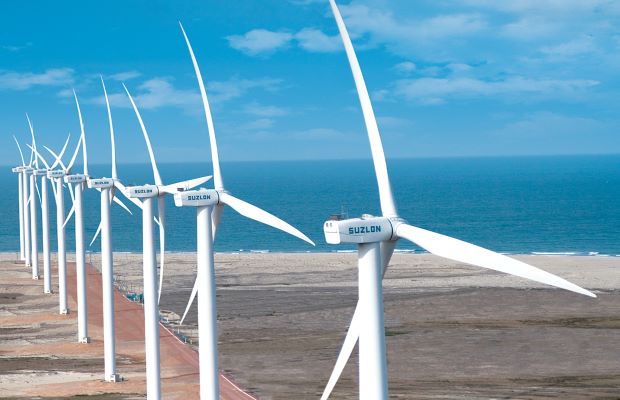 Among the wind equipment manufacturers in India, Suzlon installed the most in FY 2018-19 with 581 MW, followed by Denmark based wind energy company Vestas with 492 MW, while Siemens Gamesa installed about 261 MW, according to multiple sources close to the development.

However, the country is witnessing a sluggish growth in the wind energy sector. According to the estimates, India installed a modest 1544 MW of wind energy capacity in 2018-19, which was lower than the 1739 MW commissioned the previous year, and way below the 5400 MW installed in 2016-17.

In 2017-18 too, Suzlon was the leading original equipment manufacturer (OEM) in the country, with 626 MW of installations under its belt, while Siemens Gamesa held a second place with 552 MW, and Vestas stood third with 181 MW.

Other OEMs, however, added very little in 2018-19, due to overall paucity of orders. Inox Wind added a mere 36 MW through the year and Regen Powertech just 25 MW. GE India added 132MW, while Germany’s Nordex Acciona added a paltry 18 MW.

The low capacity addition is hurting OEMs as much of their capacity remains unutilized due to shortage of orders. “OEMs with deep pockets can sustain their operations but for the others, it is not possible to recover the fixed cost at this level of capacity addition,” said a wind developer on the condition of anonymity. “This in turn will have adverse impact on banks as all of them must have taken loans. It is also likely to affect employment at their units.” This was among the reasons why Siemens Gamesa has started to look for markets for its products outside India.

Regen Powertech closed one of its units in Rajasthan and relieved 400 people two years ago.

Growth in wind energy capacity has fallen sharply in India since the introduction of auctions for wind projects in early 2017, as against the feed-in tariff regime that prevailed earlier. This is because, in the first year after auctions were initiated, very few auctions were actually held.

However, around 10,000 MW of wind projects were auctioned in 2018-19, which are currently in various stage of construction. If they are completed during the current year, wind installation will go up sharply this year. “The Indian market did go into a standstill for several months, but we know it will revive,” Markus Tacke, global CEO of Siemens Gamesa told financial daily recently.

Some OEMs and developers, however, were sceptical of how many MW would ultimately be installed this year, because projects have been moving at a slow pace lately due to problems in land acquisition and obtaining access to the power grid.