“The potential for employment creation is conditional on the domestic capacity of solar module manufacturing and the establishment of vocational training programmes and certification schemes,” the report added. 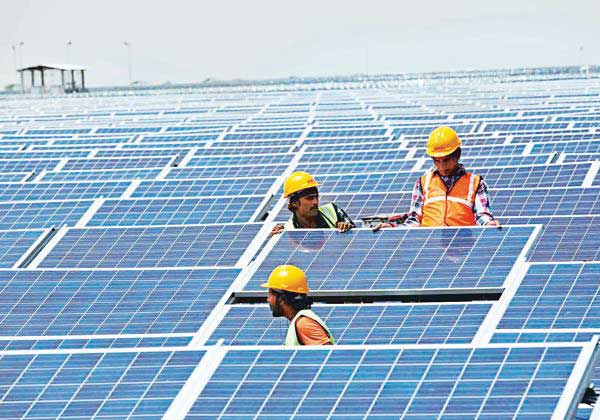 Over 300,000 workers to be employed in solar, wind energy sectors in India: Report

In India the employment generation in solar industry will see a boom in coming years. As the country is approaching to meet the target of 175 GW of clean energy by 2022 the demand for skilled workers will also soar.

According to International Labour Organization’s (ILO) estimate, over 300,000 workers will be employed in solar and wind sector of the country.

The ILO stated that actions to combat climate change will help in creating millions of jobs worldwide. In its annual flagship report on the state of global job market the UN labour agency said that by 2030 more than 24 million new jobs will be created in the industry.

Titled as ‘World Employment and Social Outlook 2018: Greening with jobs’, the report “To meet the target, the number of workers required by ground-mounted solar, rooftop solar and wind power projects, will need to increase.”

“The potential for employment creation is conditional on the domestic capacity of solar module manufacturing and the establishment of vocational training programmes and certification schemes,” the report added.

It said that in countries such as Denmark, Estonia, France and Germany, as well as in India, South Korea, the Philippines and South Africa, a number of environmental policies and national development strategies make reference to skills development for the green transition.

The report noted that India has made environmental sustainability a central objective of its development strategy in its twelfth Five-Year Plan (2012–17) and set up a comprehensive framework for skills development for green transition at the national level, targeting key sectors and institutions like the Skills Council for Green Jobs was set up for the purpose in 2015.

It further said, based on the identification of skills needs in these sectors, 26 new Technical and Vocational Education and Training (TVET) courses have been developed for occupations ranging from water treatment plant helper to solar project manager and improved cooking stove installer.

The ILO report predicts that the transition to a green economy will also lead to the loss of six million jobs in industries that are heavily reliant on carbon-based production.

It indicates that the regional winners from investment in energy use and production will be Asia and the Pacific, with 14 million jobs created, the Americas (three million) and Europe (two million).