The United States National Renewable Energy Laboratory’s (NREL) latest Storage Futures Study (SFS) reports is out. The SFS is a multiyear research project that explores the role and impact of energy storage in the evolution and operation of the U.S. power sector. Designed to examine the potential impact of energy storage technology advancement on the deployment of utility-scale storage and the adoption of distributed storage, it helps NREL gauge the implications for future power system infrastructure investment and operations. 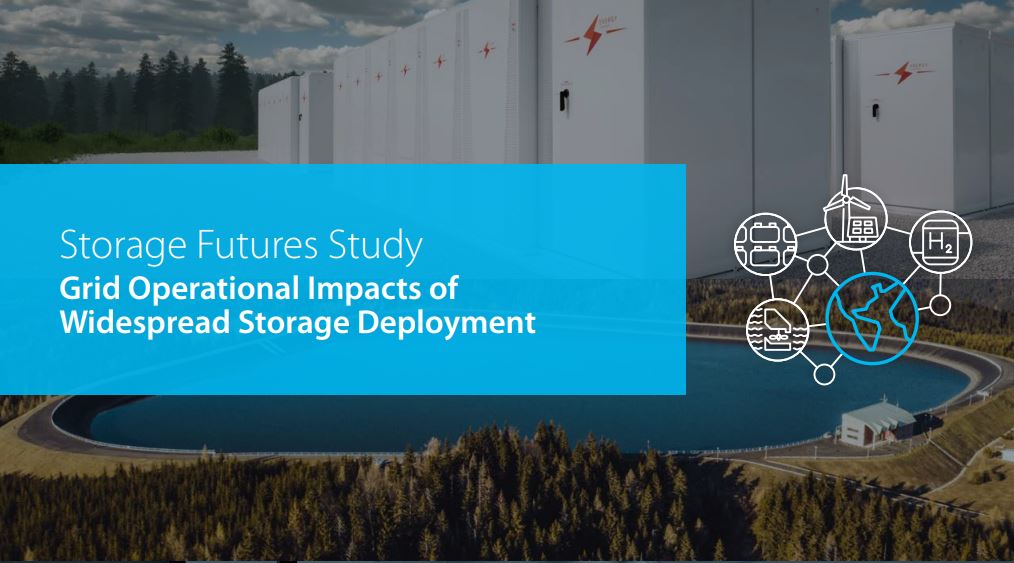 The NREL uses cost-driven scenarios from its Regional Energy Deployment System (ReEDS) model as a starting point to examine the operational impacts of grid-scale storage deployment and relationships between this deployment and the contribution of variable renewable energy. Using commercial production cost modeling software to evaluate hourly operation of five scenarios that reach between 210 gigawatts (GW) and 930 GW of installed storage by 2050. It finds that storage plays an important role in these power systems between now and 2050—by storing the lowest-marginal cost generation (often, overgeneration from solar or wind plants) and generating energy during the highest net load periods of the day and year. Storage helps with the integration of variable renewable energy and by providing an important resource to provide continued reliable power

NREL researchers find that storage operations are heavily aligned with the availability of solar photovoltaics (PV), which has a predictable daily on and off cycle that aligns well with the need for storage to charge and discharge. Wind, on the other hand, has a less apparent daily cycle and often experiences long periods of overgeneration stretching for many hours or days, which is much longer than the duration of storage we explore here2. Although storage can play a key role in utilizing energy from both PV and wind, the synergies with PV are more consistent. 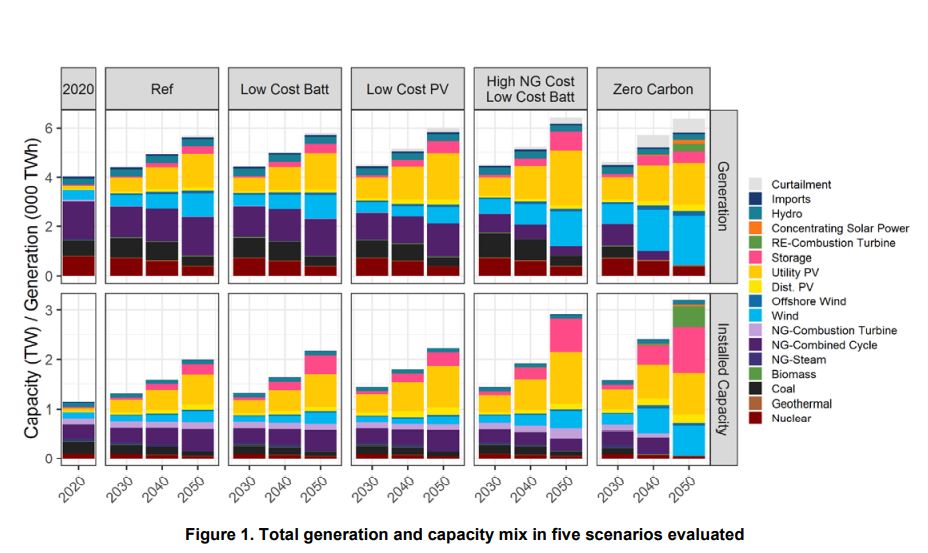 On an annual basis, storage effectively provides time-shifting and peak-load reduction services in all configurations and grid mixes. Although storage has a low annual capacity factor, which is inherently limited by its need to charge, it has a very high utilization (in many cases over 75%) during the top 10 net load hours across scenarios and years—when the system needs capacity and energy the most—indicating a strong contribution to the system’s resource adequacy.

Finally, it was also discovered that storage increases the efficiency of many types of power system assets. For instance, in these future grid scenarios, storage reduces total electricity system carbon dioxide emissions by utilizing overgeneration from zero-marginal emissions sources like wind and solar to displace generation from the coal and natural gas fleet. In addition, storage can prevent start-ups of those generators and thus reduce emissions of criteria pollutants, which can disproportionally impact those in poor health with low income, particularly those living near thermal power plants.

According to NREL, these findings indicate that further analysis should consider the unique interaction of storage and transmission when both deploying and operating the assets together.

Collectively, the results of this and previous Storage Futures Study analysis show the growing opportunity for diurnal storage (that is, storage with up to 12 hours of duration) to play an important role in future power systems. This analysis shows how greater deployment of diurnal storage can increase efficiency of operations by reducing overgeneration, decreasing generator starts and emissions, and increasing utilization of the transmission system. Furthermore, storage plays an important role in providing capacity during the top net load hours. Future work could examine the role of longer-duration storage resources, especially under highly decarbonized grid conditions, such as those approaching 100% clean energy.

Tags: benefits of storage, large storage, NREL, SFS, Storage alignment with PV, storage futures study, Storage scenario for US
"Want to be featured here or have news to share? Write to info[at]saurenergy.com