The Maharashtra Energy Regulatory Authority managed to unite almost the complete developer community in the state after releasing its draft regulations for the state. In the spotlight was its proposal to shift to gross metering for solar rooftop power, which has been met with outright condemnation. In fact, some of the developers went as far as to say that this was a violation of the Indian Electricity Act  2003.

For the MERC, which is supposed to be the arbiter of balance between consumer good and fair industry practices, the latest draft regulations certainly seem to be more tilted towards saving the state’s discom, as it continues to pile on losses and build up outstanding dues.

Thus, there is a proposed provision for cross-subsidy collection from captive solar power generators, seemingly at variance with the IE Act, which forbids it from captive users. For solar generation firms, it would also be a reneging of promises made at the time of establishing solar plants.

At this stage, both the issue of gross metering, cross-subsidy indicate that the MERC has been lending an ear more to the discoms, than any consumer organisation or even the developers.

Maxson Lewis, Managing Director, Magenta Power, a prominent player in the state for solar power and EV Charging, had harsh words for the move. ” Last year MERC attempted to push the Gross metering agenda as a replacement to Net metering. This was held back given the joint push back. This year again MERC is pushing the same agenda under a different name. Effectively this proposed policy pushes back the ROI of rooftop solar. 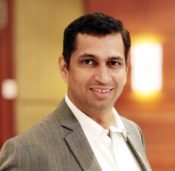 We are not averse to this policy since as a regulatory body they are in their right to do so. The question is the intent. Improving the profitability of state discoms by ‘in a way taxing’ solar installation is not the right path. We would rather have the discom focus on improving their operational efficiencies, improve recovery and stopping political largesse.
Making the inevitable growth of solar to hide operational efficiencies is wrong at multiple fronts – economic and social.”

It’s a view that resonates with most other players, and will definitely surprise consumers too, who wonder will how this could possibly encourage solar rooftop expansion in the state. Like most of the country, Maharashtra is well behind on its solar rooftop target of 4000 MW by 2022, with not even 400 MW officially installed in the state as yet.