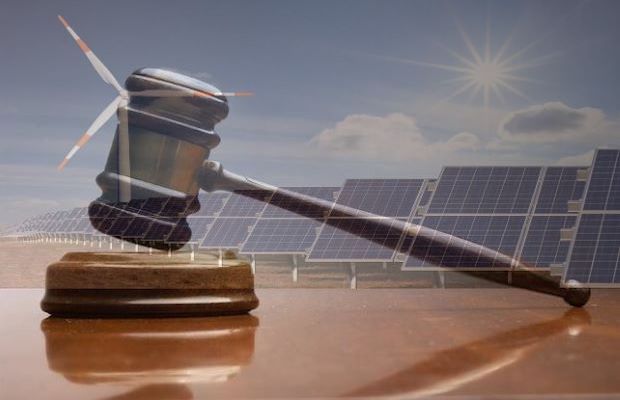 Reacting to the High Court stay on the AP order for reviewing PPAs, law firm J Sagar Associates that represents ReNew Power in high court said that Andhra Pradesh government has ‘no right’ to issue directions to state power discoms.

“Only the Regulatory Commission can issue directions to discoms. Therefore, there was no legal basis for the State Government to prejudge the issue and direct reduction in tariff across the board,” J Sagar Partner Vishrov Mukherjee said in a statement.

The actions of the state government were not only contrary to the Act but also the Supreme Court’s judgment that renewable energy power purchase agreements can only be reopened to incentivize renewable projects, the statement said.

The high court has correctly stayed the government decisions. This is a much-needed relief since huge investment in the renewable space was under a cloud, he added.

The petition filed by the wind energy firms led the Andhra Pradesh High Court (HC) take cognizance to the matter, and the honorable court yesterday put a stay against Andhra Pradesh’s move to renegotiate tariffs of signed contracts. While this was a nugget of good news for some, another setback for them was that the state shut down wind and solar plants for a few hours, which officials say violates rules.

The court referred specifically to two letters dated July 1 and July 12 issued by the state authorities. The first letter said the new chief minister of the state Jagan Mohan Reddy had set up a panel to negotiate lower electricity tariffs, while the second threatened to terminate contracts of developers who do not fall in line.

The oscillating cause and effect of the matter is making the renewable companies anxious about the attitude of the state. Foreseeing its effect the MNRE Minister RK Singh wrote to Reddy, strongly urging him against renegotiation of PPAs. Later Renewable energy ministry secretary Anand Kumar too cautioned him against such a move.

The government asked wind and solar plants with a total capacity of 3,000 MW to back down and disconnected them from the grid to balance the oversupplied grid but officials say that rules required conventional plants to reduce supply.

The shutdown of these projects caused the renewable energy generators to suffer losses due to this and there is no provision for compensation in this case. According to media reports, at around 4.30pm on Thursday, about 1,100 MW of wind power generation was restored and only 550 MW solar could be partly brought online as the Sun had started setting lowering generation.

The ordeal doesn’t stop there, the Andhra Pradesh government seeks to challenge its electricity regulator’s previous decision to award ‘must-run’ status to renewable projects. This puts a question mark on the national policy to reduce thermal power generation and increase the share of RE sources in the energy mix and promote clean energy projects.

Currently, all renewable power plants across the country enjoy a must-run status. Power supply by a state despatch center is arranged in the order of their cost, starting with the lowest tariff. This process, called merit order despatch, is carried on till demand of the state is met. However, the power generated from renewables is not curtailed in any case.

The recent developments have put the fates of Renewable energy companies in Andhra Pradesh are on a precipice, as the new CM of state unpredictable decisions is threatening the RE ecosystem of the state as well as the country. The actions add to the market worry and this could scare away investors from Andhra Pradesh and RE companies.