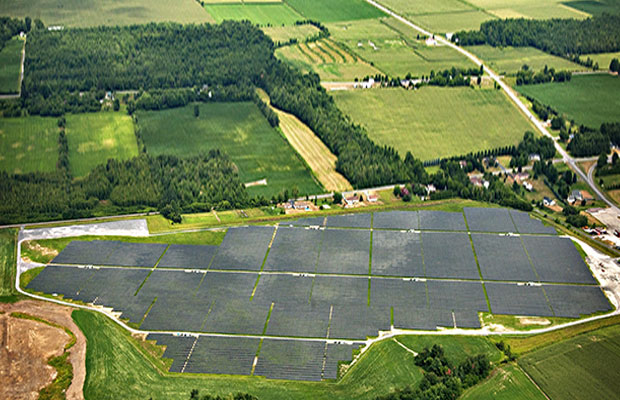 EDF Renewables Mexico has announced that its 119.6 MW Bluemex Power 1 Solar Project (Bluemex) is fully operational and delivering electricity. Located on over 340 hectares near Empalme, Sonora, the project is comprised of photovoltaic (PV) modules supplied by Canadian Solar Inc.

Bluemex is one of two projects awarded to EDF Renewables Mexico through the second long-term auction for energy and clean energy certificates supply and purchase contracts with the Federal Electricity Commission (CFE) call for tenders in 2016.  EPC (engineering, procurement, and construction) services were provided by Gransolar.

Vice President and Country Manager for EDF Renewables Mexico, Gerardo Pérez Guerra, said, “We offer our sincere thanks to the landowners, Municipal, State and Federal authorities for the long-standing support to bringing this project to operation. This project is contributing to Mexico’s international commitments concerning clean energy and is also playing a relevant role by supporting several social and environmental projects in the nearby community of San Fernando and the municipality of Empalme.”

With an annual generation capacity of 277 gigawatt-hours per year (GWh) and an investment of approximately $110 million, the project created 900 jobs during the construction phase, and 18 permanent operation and maintenance jobs. EDF Renewables will perform asset management, operation and maintenance, and on-site 24/7/365 dispatch and monitoring service to ensure operational performance, equipment availability and reduce downtime.

Recently, after an invitation to tender held by the public authorities, France’s Ministry for the Ecological and Inclusive Transition has selected the EDF Group, via its EDF Renewables subsidiary, in partnership with Innogy and Enbridge, to design, build, operate and maintain the future Dunkirk offshore wind farm.

The wind farm will be more than 10km off the coast of Dunkirk and will have installed capacity of almost 600 MW. It will supply the equivalent of around 40% of the Nord département’s electricity needs