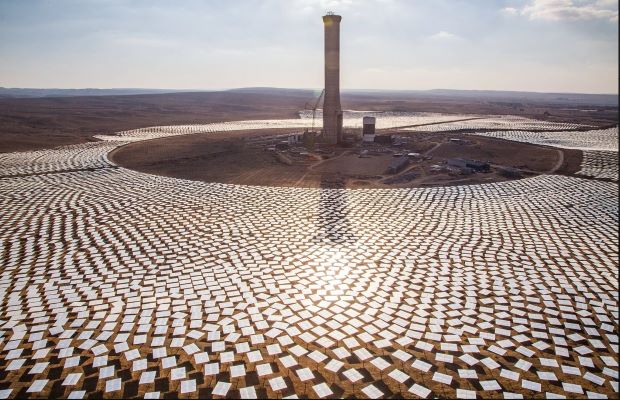 The Moroccan Agency for Solar Energy (MASEN) has announced – after a competitive international bidding process – that the consortium of EDF (through its subsidiary EDF Renewables), Abu Dhabi Future Energy Company – Masdar, and Green of Africa, Moroccan Independent Power Producer, is the successful bidder for the design, construction, operation and maintenance of Noor Midelt I multi-technologies solar power plant.

With a capacity of 800 MW, this innovative hybrid solar project gathers concentrated solar power (CSP) and photovoltaic (PV) technologies. The hybrid solar plant utilising both the technologies will become the very first project in the world to do so, upon completion.

MASEN said the plant will sell power for MAD. 0.68/kWh ($0.07). By comparison, the tender for a 700 MW CSP project in Dubai, Phase IV of the 5 GW Mohammed bin Rashid Al Maktoum Solar Park, saw a final price of $0.073/kWh. MASEN added, the Noor Midelt I scheme will require an investment of $785 million, with that sum provided by German development bank KfW, the European Investment Bank, the French Development Agency, the European Commission, the World Bank, and the African Development Bank.

The plant will be located 20 km north of the town of Midelt in central Morocco, in the high plains surrounding the Moulouya River and between the Middle and High Atlas Mountains. Construction on the project is expected to begin in the last quarter of 2019, while energy will be delivered to the grid in 2022.

“EDF Renewables, Masdar and Green of Africa would like to thank the Moroccan Agency for Sustainable Energy and the King of Morocco for having designated our consortium as the successful bidder to develop the innovative NoorMidelt I with an installed capacity of 800 MW hybrid concentrated solar power and photovoltaic power plant. The consortium is fully committed to supporting MASEN and the realisation of Morocco’s long-term renewable energy ambitions,” the consortium members said.

The combined operation of PV and CSP technologies increases the plant’s output to produce flexible, dispatchable and competitive electricity for the Moroccan grid until five hours after sunset. The project is a key milestone towards the achievement of Morocco’s objective to have 52% of its electricity generation produced from renewable sources by 2030.