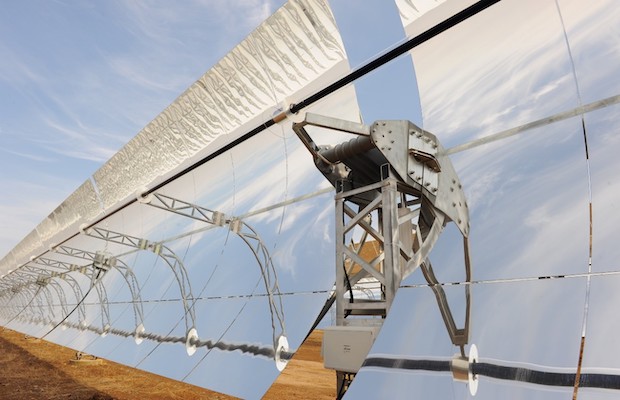 Rioglass Solar has received the confidence of the project partners and the largest order in its history in terms of MW power as well as in volume of products.

Rioglass Solar will deliver its high-performing PTR 90-4G receiver tubes and 8.2 Parabolic Trough mirrors based on its impressive track record and its high-quality proven product development and manufacturing capabilities. It will supply these products of all three parabolic trough CSP units, each providing 200 MW totaling 600 MW, for the largest Parabolic Trough CSP project in the world.

When completed, the solar complex will provide clean energy to more than 320.000 homes in Dubai, while reducing carbon emissions by 1.6 million ton per year.

The Mohammed bin Rashid Al Maktoum Solar Park is the largest single-site strategic solar park of its kind in the world. And is expected to generate 5,000 MW of solar energy by 2030 with investments worth AED 50 billion (Rs 961 Billion). Through its projects, the park will accelerate Dubai’s shift towards solar power.

The fourth phase of the solar park is the largest single-site Concentrated Solar Power (CSP) project in the world based on the IPP model, with a total investment of AED 16 billion. The fourth phase of the  950MW hybrid power plant will use three technologies: 600MW from a parabolic basin complex, 100MW from a solar tower, and 250MW from photovoltaic panels. The project will feature the tallest solar tower in the world at 260 meters and the largest thermal storage capacity of 15 hours; generating power around the clock.

Recently, DEWA issued a Request for Qualification (RFQ) for developers to build and operate the fifth phase of the solar park, with a capacity of 900MW.