In order to make 70 percent carbon free energy, India will require a 30-fold surge in both renewable energy and nuclear energy along with doubling of thermal energy, said Dr. Anil Kakodkar. 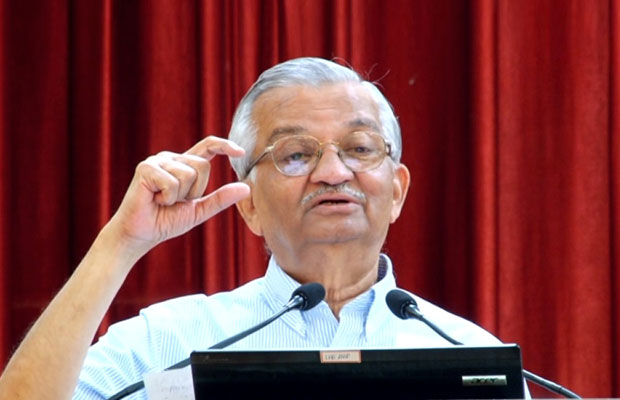 Dr. Kakodkar, a Padma Vibhushan awardee and a former Chairman of Atomic Energy Commission and Chairman of Rajiv Gandhi Science & Technology Commission, was speaking during his online lockdown lecture organised by Nehru Science Centre, Mumbai on the occasion of National Technology Day.

During his speech, he talked about the correlation between Human Development Index (HDI) and per capita energy consumption globally, and as per the statistics, countries with higher HDI where citizens enjoy high quality of life have higher per capita consumption of energy.

However, for the developing countries like India “the need of the hour is to strike a balance between enhancing the quality of human life as well as keeping a control over the climate crisis,” he said.

Dr. Kakodkar by citing an example of a report of an Inter-Governmental Panel on Climate Change, said that “staying below 1.5-degree increase in 2,100 will require cuts in Green House Gas (GHG) emissions of 45 percent below 2010 levels by 2030 and to net-zero by 2050”. He emphasized that it means we have only 10 years left to realise deep CO2 emission cuts while ensuring the development aspirations of many countries globally.

The scientist further suggested that to achieve this, the world has to act now by leveraging available and rapidly deployable technologies.

Thus, decarbonisation of energy production in the country is essential since the demand for electric power from industries and commercial sector is high, he added.

It is possible by increasing the share of low-carbon energy sources, particularly renewables like solar, hydro and biomass together with nuclear which can greatly contribute in achieving zero emissions to a great extent, Dr. Kakodkar commented.

In his action plan, he suggested that we need better plans to control the CO2 emission as it is still high when compared to preceding years. Also, different levels of consumption strategy need to be observed by different countries based on their HDI.