The world’s largest airport, the Beijing Daxing International was put into operation recently with its 5.61 MWp solar plant with the Huawei PV Solution 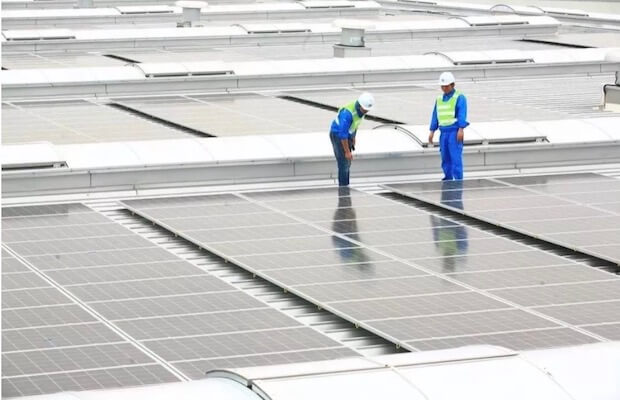 The world’s largest airport, the Beijing Daxing International Airport was put into operation recently. And the grid-tied rooftop distributed solar PV system in the cargo area, east runway, and business jet area has been successfully commissioned with the Huawei FusionSolar Smart PV solution. The 5.61 MWp project boosts the development of PV systems and renewable energy applications in the civil aviation field.

It is expected that the plant will feed nearly 6.1 GWh of green energy into the power grid annually, which equals to 1,900 tons of standard coal saving while offsetting 966 tons of CO2 and 14.5 tons of SO2 footprints every year.

The project owner indicated that the PV plant with FusionSolar set up as a reliable source of green energy to the airport thanks to the integration of cutting-edge digital information technologies and higher yields, smart O&M, safe and reliable features.

Since airport safety is the top priority, the FusionSolar distributed solution puts a lot of effort in terms of safety consideration in order to leave customers with peace of mind. For example, the AI-enabled arc-fault circuit interrupter (AFCI) technology and the fuse-free design can eliminate fire risk. Besides, airport equipment will not be affected by minor electromagnetic radiation. In addition, with smart I-V curve diagnosis, Huawei Smart PV Solution can pinpoint faulty PV strings and discover faulty causes proactively, which guarantees secure, reliable, and long-term power generation. 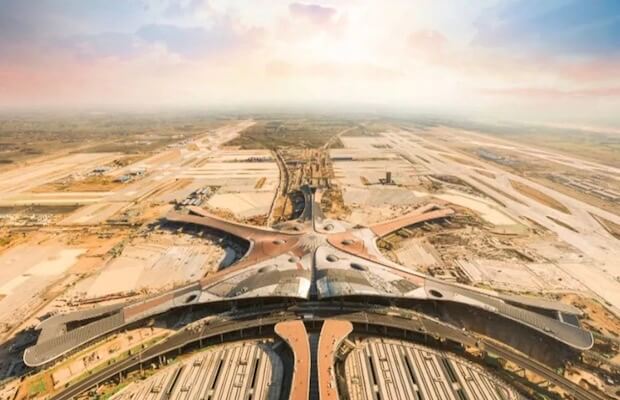 Beijing Daxing International Airport, being a USD 11.2 billion cost and 1.4 million square meters wide structure, has been hailed by the British Guardian as No. 1 among new Seven Wonders of the World. The grand opening marks the advent of the world’s largest single-terminal airport, surpassing Dubai World Central and New Istanbul Airport.

Being a giant aviation integrated transportation hub, it is expected that the renewable energy supply will account for more than 10 percent (with 1 percent being PV system contribution) of the airport’s annual energy consumption. As a result, the airport tops the list of airports in China in terms of renewable energy utilisation percentage.