The commissioning of an 84 kW solar floating plant in a tailings pond owned by Anglo American, the mining giant, in Chile opens up another area for miners to make up for the pollution their activities cause. Coal India Limited should take note. 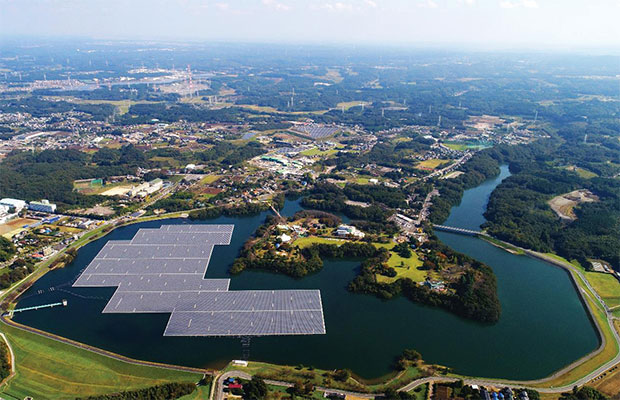 Chile, South America’s richest country on a per capita basis, which is also a key global supplier of copper, has just made a small dent in the pollution caused by mining in the country. The country now has its first floating solar plant on a tailings pond,  next to a copper mine owned by the $30 billion UK-based mining giant Anglo American.

A tailings pond, for readers unfamiliar with the term, consists of the leftover material after the process of separating the desired fraction from the total mass of (gangue) of mineral ore. Where the extraction of minerals from ore is done using a method called placer mining, which uses water and gravity to concentrate the valuable minerals, huge tailings ponds can be created. these are not be confused with ash ponds, which usually come from thermal power plants, and tend to be dry. In India, the largest thermal utility, NTPC, works aggressively to recycle its ash ponds with the construction industry as a cement additive for bricks, etc.

The Chilean solar experiment, located at  Los Bronces mines, north of Santiago, is expected to generate 153 MWh per year for the company’s energy needs.

Lenergie and Ciel & Terre were the companies that developed the project and its island anchoring system. Ciel et terre is a global floating specialist, which has also set up shop in India now.

For mining firms that end up creating tailings ponds, a floating solar installation makes eminent sense as it tackles two issues they live with every day. Energy needs and managing the impact of their activities on the environment.

Consider the case of Coal India Limited, India’s, and the world’s largest coal mining firm. Hundreds of its mines create tailings ponds. To manage fine particle runoff, it has even committed to installing washeries now, but closed, floating solar installations is certainly not a bad idea for the state behemoth.