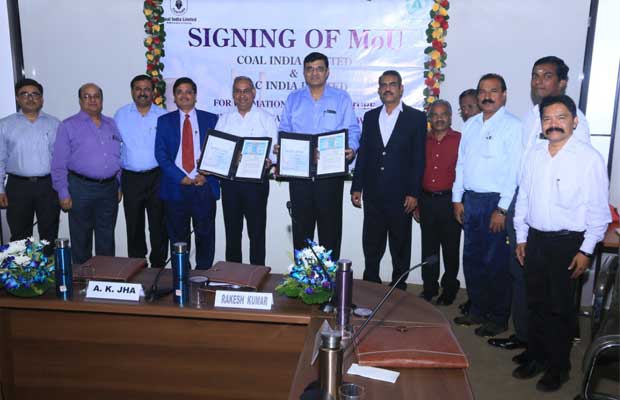 The company said in a statement that, “NLC India (NLCIL), Neyveli and Coal India (CIL), have inked a Memorandum of Understanding (MoU) at CIL Headquarters at Kolkata on 08-10-2018 for formation of Joint Venture Company for setting up solar power projects of 3000 MW and thermal power projects of 2000 MW.”

Further, the solar power projects will be set up in the identified barren and reclaimed free land of CIL and also across the country where land is available, requiring around 15,000 acres.

As per the CERC norms, the projects will be financed through debt equity ratio of 70:30. A concept paper has been initiated by both the companies to get clearance from their respective boards.

According to a CIL official, “This is a synergistic step, combining the resources of both the companies for a common goal. CIL will be riding the core technical expertise of NLCIL in thermal power generation and Solar PV Power.”

Tags: CIL, India, NLCIL, Solar, Thermal
"Want to be featured here or have news to share? Write to info[at]saurenergy.com