The all India electricity demand is expected to witness a growth of 6-7% in FY’22 against an estimated decline of 2.5% in FY’21, as per ICRA 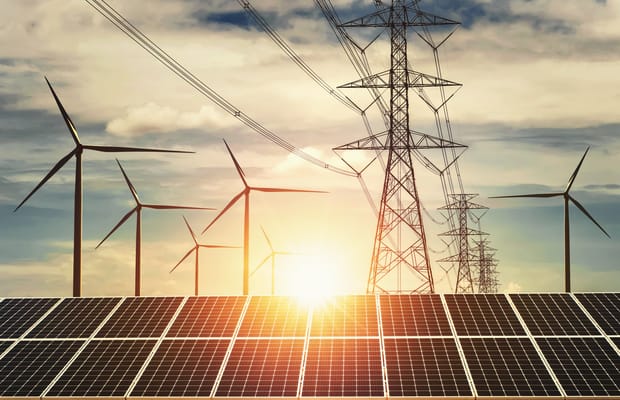 The all India electricity demand is expected to witness a growth of 6 percent – 7 percent in FY2022 against an estimated decline of 2.0 percent – 2.5 percent in FY2021, driven by a favourable base effect and likely recovery in demand from the commercial and industrial (C&I) segments, as per ICRA. As a result, the all-India thermal PLF is likely to improve to 57.0% – 58.0% in FY2022 from the estimated level of 53 percent – 54 percent in FY2021, although it still remains subdued.

Furthermore, the credit outlook also remains negative for the distribution segment, given the continued weakness in financial position of most state distribution utilities (Discoms). The discom finances have been further constrained by the sharp decline in revenues from the C&I customers in H1 FY2021 following lockdown restrictions. Notwithstanding a demand recovery in FY2022, the discom losses are likely to remain at greater than Rs. 750 billion, given the inadequate tariff revisions, high distribution losses and additional interest cost on the loans availed under the liquidity support scheme.

The Government of India in May 2020 announced the liquidity support scheme of Rs. 1200 billion, in the form of loans from Power Finance Corporation (PFC) and Rural Electrification Corporation (REC) to clear the dues to power generating companies from discoms amid the adverse impact of Covid-19. However, this scheme is the fourth such bailout being provided to the discoms over the past 15 years, without adequate improvement in discoms’ operating efficiencies. While the Ministry of Power, Government of India has also proposed significant reforms in the sector, including privatisation of discoms to bring about a sustainable improvement in discom finances, the pace of implementation of such reforms by state governments and proactive focus by the utilities to ensure the operational improvements (w.r.t. tariff, cost and efficiency levels) remain critical areas.

On the other hand, the credit outlook for renewable energy is stable because of factors such as continued policy support from the Government of India, the presence of creditworthy central nodal agencies as intermediary procurers in addition to the improving tariff competitiveness, as reflected from the recent new low of Rs. 2.0 (1.99) per unit in the solar power segment. These factors are likely to result in continued strong investment prospects. Thus, ICRA estimates an improvement in capacity addition to 11-12 GW in FY2022 from the estimated level of 7.5 GW in FY2021, backed by a healthy project pipeline of about 50 GW and easing of the supply chain challenges. Moreover, the investment prospects for the sector remain strong.

Girishkumar Kadam, Sector Head & VP, ICRA Ratings said “the renewable segment would remain the main driver of capacity addition in the power sector, with a share of 65 percent – 70 percent over the next five-year period. While the sector is facing execution headwinds for under-construction projects, regulatory challenges, mainly in Andhra Pradesh related to tariff renegotiation and risk of grid curtailments, the credit profile of the majority of the ICRA-rated wind and solar power IPPs has remained stable, supported by the presence of long-term PPAs, implementation of must-run status across majority of the states, satisfactory operating performance, adequate liquidity buffer and a strong sponsor profile. Further, the realisation of payments from discoms under the liquidity scheme has also improved the liquidity profile of some of the wind and solar IPPs.

India has Moved From Being Power Deficit to Surplus: RK Singh
Also Read