In a step further towards its vision of building an energy efficient India, the government-backed Bureau of Energy Efficiency (BEE) has extended its list of items covered under the ‘Star Labeling Programme’ by adding Deep Freezers and Light Commercial Air Conditioners (LCAC). 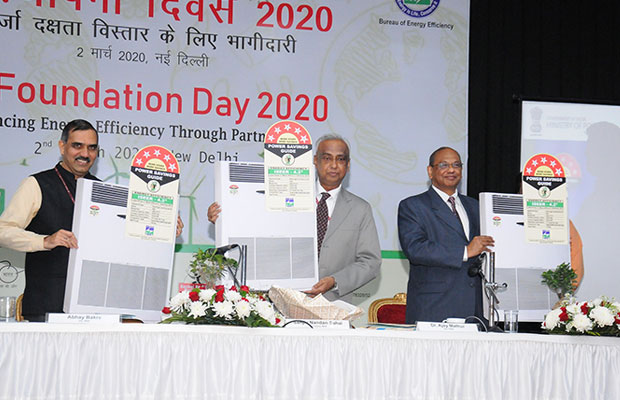 BEE formulated the Star Labeling Programme, as part of its mandate, under the Energy Conservation Act, 2001.

Till date, BEE covered a total of 24 appliances wherein ten appliances are under mandatory regime. During the occasion of it’s 19th foundation day, it has now expanded the coverage to 26 appliances.

While speaking during the occasion, Sanjeev Nandan Sahai, Power Secretary, said that “I appreciate the hard work of BEE for contributing towards an energy efficient economy and at the same time, I also expect BEE to come up with more such programs in future. Such interaction would pave a way forward for initiatives to be taken by BEE in the sphere of energy efficiency. Deep freezer and LCAC are major energy guzzlers in commercial space, therefore, it is imperative that these two appliances shall be included in the program to save energy and reduce CO2 emission. With these two products only, a total savings of around 9 Billion units (BU) of electricity is expected to be saved for the country by FY 2030.”

The Star Labeling Programme for both Deep Freezer and LCAC will be initially launched in voluntary mode from March 02, 2020 to December 31, 2021.

Thereafter, BEE will make it mandatory after reviewing the degree of market transformation in this particular segment of appliances.

Through this initiative, it is expected to save around 6.2 BU and 2.8 BU for Deep Freezer and LCAC respectively by FY2030.

Resultantly, the move is expected to reduce Carbon Dioxide (CO2) emission both from Deep Freezer and LCAC equivalent to 5.3-million-ton and 2.4-million-ton respectively.

Besides adding these two new items to the list, BEE also launched ‘Urja Dakshata Information Tool’ (UDIT), its first ever initiative with World Resources Institute (WRI), to facilitate a database on the energy e­fficiency.

UDIT is a user-friendly platform that explains the energy efficiency landscape of India across industry, appliances, building, transport, municipal and agriculture sectors.

Meanwhile, this platform will also showcase the capacity building and new initiatives taken up by the government across sectors in increase energy efficiency domain.