The Andhra Pradesh Government has proposed to set up its own solar plants to produce 10 GW of solar power to meet the requirements of the agriculture sector. 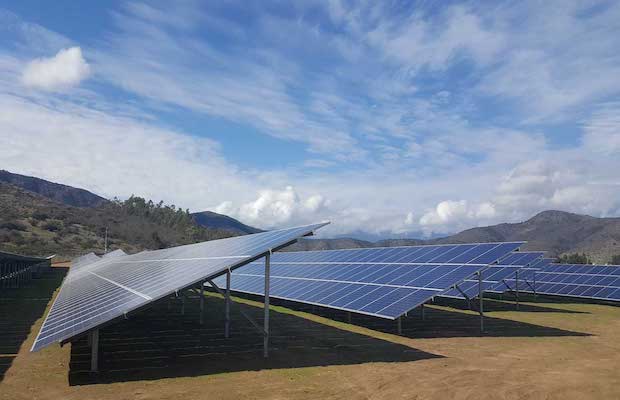 The Andhra Pradesh Government has proposed to set up its own generating units to produce 10,000 MW (10 GW) of solar power to meet the energy requirements of the agriculture sector. The government has already issued an order for setting up the Andhra Pradesh Green Energy Corporation Limited, as a subsidiary of Power Generation Corporation of AP, to erect the 10,000 MW solar power plants.

Chief Minister YS Jagan Mohan Reddy, who chaired a high-level review meeting on the power sector on February 19, 2020, directed the officials to focus on the 10,000 MW solar power plants and also their subsequent expansion, an official release said.

The state has been incurring more than Rs 10,000 crore to meet the agriculture subsidy, lift irrigation power charges and aquaculture subsidy every year. The subsidy has been continuously increasing over the years on account of increasing the cost of power supply and also an increase in the number of agricultural pump sets. To ensure that the subsidy is provided on a sustainable basis, there is a need for evolving an alternative mechanism to provide quality power and nine-hour day-time free supply to farmers.

Solar energy has the potential to fulfill the above requirements due to its lower cost compared to the current average procurement cost of Discoms, ex-officio Principal Secretary to Energy Department G Sai Prasad said. Since solar power is generated during the daytime, it could be well utilised for agricultural needs.

To provide free power supply to the agriculture sector and lift irrigation schemes, the total capacity of solar plants required is likely to be about 10,000 MW (including the projected annual increase in agricultural demand), Sai Prasad pointed out.

The chief minister asked officials to focus on making these plants successful and also plan for expansion. Also encouraging solar and wind energy companies to come forward to sell power at a lower price, a CMO release quoted him as telling the Energy Department officials. This would reduce the financial burden on the ailing power Discoms.

Reddy said the energy sector should be pulled out of losses in the next five years.

Increase the productivity of thermal plants by using quality coal. Get a third-party audit done on the coal quality. Also, concentrate on hydro reverse pumping projects, he added.