The Airports Authority of India (AAI) has issued a tender for the commissioning of a 1.5 MW solar power plant at the Swami Vivekananda Airport in Raipur. 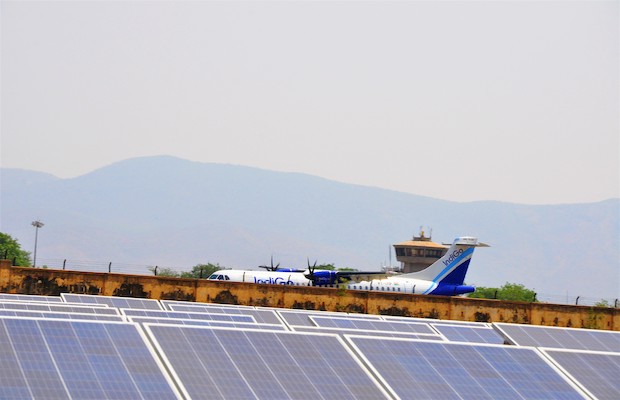 The Airports Authority of India (AAI) has issued a tender, inviting bids from eligible firms for the commissioning of on-grid solar power plant worth 1.5 MW capacity at the Swami Vivekananda Airport in Raipur.

The scope of work for the selected bidders will include the design, supply, installation, testing and commissioning of the on-grid solar system on the capex model at the airport. The developers will have a period of 6 months to complete the work on the project.

The last date for bid submission is March 20, 2020, and the techno-commercial bids will be opened on March 31, 2020. The date and time of opening of the price bids will be intimated later through the CPP portal. The estimated cost of the project is Rs 7.86 crore and all prospective bidders must submit an Earnest Money Deposit of Rs 15.71 lakh along with their bids.

To be eligible for participating in the bidding process, the bidders should have satisfactorily completed (phase /part completion of the scope of work in a contract) three works, each of Rs 3.14 crore or two works, each of Rs. 3.93 crore, or one work of Rs. 6.28 crore, of similar nature in the single contract during the last seven years ending on February 28, 2019, in India.

Furthermore, the firms should have an annualised average financial turnover of Rs 2.26 crore against works executed during the last three years ending March 31 of the previous financial year.