Home » In Talks » “Where There Is Demand At Retail Level, Our Modules Should Be There”

“Where There Is Demand At Retail Level, Our Modules Should Be There”

In this conversation with SaurEnergy, Rahul Bhutiani, Head, Sales and Marketing at Adani Solar spoke about the firm’s plans and views. With the Adani Group committing itself to some of the most ambitious targets in renewable energy, at 25 GW by 2025 and 40 GW by 2030, Adani Solar’s task is cut out, as a possible supplier to the group for its projects

Q. Tell us about your existing capacity and expansion plans. 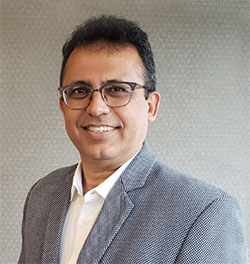 At Adani solar, we are currently at a capacity of 1.5 GW per annum. This is for manufacturing polycrystalline modules with a bin range of 335 -345 watt peak (Wp). We are also looking at expansion plan that is already well under way. By December 2021, we should have an additional capacity of 2 GW. All of this fresh capacity will be for manufacturing Mono PERC modules in the bin range of 530-540 Wp. Thus, we will be at 3.5 GW of total capacity by the year end. While we have obviously had a strong market for our polycrystalline modules till now, we believe the new range of Mono PERC modules have a ready market that will be very receptive to our range.

Q. How do you see the Indian market changing in terms of types of modules being used, higher output modules over five hundred wattage, etc.

The world and the Indian market as well, is moving towards higher wattage modules. The Indian market has been seeing a movement towards 440 Wp and now 540 Wp range. So even as the 335 Wp modules have their demand and place in the sun, the market has space for all new specifications.

Q. Going forward, how do you see the export market

Clearly, the major international markets have moved beyond the 335 Wp modules. Our new lines with 535 Wp modules will be a strong fit for the export market. We see good potential for exports to North America, Europe and Africa.

Q. As you expand capacity, do you see your marketing and distribution strategy changing accordingly?

Our marketing and distribution strategy all along over the last three to four years has been to try and reach out to the smallest towns and cities of the country. In that context, we have already set up a channel partner network across various states. Currently, we have fifteen channel partners, and through these channel partners we engage with integrators and resellers reaching customers in over a 1000 cities. Our intention is to continue building on this retail network through more and more channel partners appointed in states where we are underrepresented currently. We see high potential in the retail market, and will continue this outreach to ensure that every market has access to our offerings.

Q. We have been tracking a monthly increase in the ALMM (Approved list of module manufacturers) from MNRE, besides major announcements for expansion and new manufacturing capacity, including under the PLI scheme. What’s your projection on likely capacity in the industry by, say, March 2021 and beyond?

There isn’t a straight answer here, primarily because we are crystal gazing and trying to project the future. Yes, the PLI scheme has been announced and a lot of interest had been shown by various players. If we go by announcements in the recent past, and if all players stick to their announcements and their stated intentions, we should see a doubling, or even tripling of capacities in the next 2-3 years. If I had to put a number, we could reach a capacity of 40 GW per annum. Keep in mind that this is nameplate capacity, and will depend on many factors, including how many of the announced projects actually fructify.

Q. How have the global price increases impacted the domestic manufacturers. Do you see prices stabilizing anytime soon.

Price increases in various raw materials across the spectrum have been very tough for the entire solar industry. It has impacted a lot of projects in a big way, throwing up questions of project viability. That has naturally had an impact in terms of offtake of modules in some cases. Though we have been fortunate to have found buyers for all that we make. With a lot of raw materials coming from China, and the well known situation there, it is anybody’s guess when the situation will stabilise. With the holiday season approaching, and demand possibly reducing there, it seems safe to hope for stability and some softening in prices in the months ahead.

Q. Do you think the BCD (Duty on Module and Cell Imports scheduled from April 2022) start will be delayed as some developers have been hinting? Will it be acceptable for domestic manufacturers.

It’s a catch 22 situation for the government. If you bring in the BCD on schedule, a lot of the developers will have problems, as a lot of projects that were won in a completely different environment may become unviable or unsustainable. However, if you don’t bring in BCD as promised, then a lot of the domestic manufacturing may become unviable or unsustainable. Let’s see how the government balances out the two. I am sure after due consideration, the government will take the right steps for both parties involved.

Q. As a decade of high growth beckons, what are Adani Solar’s key targets.

We see our business in different colors. Firstly, in terms of manufacturing capacity, we are already expanding by 2 GW right now. Come December, we will be at 3.5 GW cumulative capacity. At the same time, we are looking at further expansion in the next couple of years with the latest cutting edge technologies. Another aspect will be in terms of how integrated we are, end to end. So we are looking at setting up facilities right from polysilicon to module making. If we look at it in terms of our market reach and our market penetration, as I said earlier, we are very focused on the retail distribution strategy, and we should be able to reach every nook and corner of the country with our modules.

Q. At a group level, the Adani group has among the most ambitious renewable energy targets to 2025 and beyond. What’s the role of Adani Solar going to be.

As I said, we are looking at a very integrated future at Adani solar with investments in polysilicon to wafers to cells and modules. As the group has the biggest development pipeline and plans in the market, our attempt would be to be the primary supplier for our development projects. That itself is a significant number as you know.