SAEL Limited has emerged as a key solar EPC in North India, with an established capacity of 350 MW already in place. The firm is currently setting up 300MW fully automated Module Manufacturing Facility at Firozpur, Punjab. This will also Manufacture EV Chargers as well as Li-Ion Batteries for EV Market. We got in touch with Khalid Nadeem, Chief Operating Officer (Solar and EV Infra), who has been leading the group’s push in these sectors .

Q. How do you see India’s progress so far in solar? 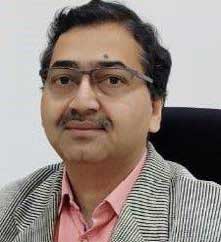 India has already achieved almost 99.99% electrification target. To achieve “Power for All”, decentralized renewable energy (DRE) sector will play a critical role especially for providing power to remote locations. With the Kusum and CM Agri feeder schemes, I think India is moving in the right direction to meet the target by 2023. However, the quality and reliability of electricity access remains an issue. To achieve “27/4 power for all” will requires further upgradation of electrical infrastructure including substations and distribution networks which may take few more years to accomplish.

Q. The make in India plan for solar equipment finally seems to be moving forward. Do you believe it will deliver on its promise of self sufficiency?

Presently Indian Solar Market is largely depending upon import of Solar Cells and Modules. With the Make in India plan, India will soon become self sufficient as most of the big corporate houses are coming up with plans for setting up/ expansion plans for Manufacturing of cells, modules in India. And within next 5 years, it is expected that India will become a major exporter hub of Solar Modules worldwide in addition to decreasing its dependency of imports from China. Production linked Incentive scheme is a great initiative started by GOI and can help to provide the much needed boost to solar manufacturing sector and can also be extended towards Solar Inverters also as Solar Modules and Inverters are the only two items which are imported by Solar developers presently.

Right now most of the manufacturing policies are more inclined towards large manufacturers like the PLI scheme to encourage setting up of Module manufacturing of 1000 MW and above. However, once these GW manufacturing facilities will be set up, it will become very difficult for smaller/medium manufacturers to thrive in this competitive market resulting in monopolistic scenario. So, GOI should come out with policies to help small/medium scale manufacturers also.

Q. Do you believe the new rules and deregulation in power distribution will open up growth for the solar rooftop market? Residential and C&I?

Solar Rooftop market is not growing in India with the pace that was expected earlier and still need govt. incentive to accelerate the rooftop solar implementation. There is also an urgent need for unified rooftop solar policy for all states in India. Currently, most of the state’s rooftop polices are not favourable for C & I consumers which has a huge potential for installing rooftop systems. Further, with limited Net Metering capacity upto 500 KW only as per recent MOP circular, it seems that growth of Solar Rooftop market will further slowdown in coming years.

Q. The PM KUSUM scheme is supposed to deliver almost 32 GW of solar capacity, but real progress has been seen only in component B, i.e. off grid solar pumps? Do you see the picture changing significantly soon?

PM Kusum scheme is still at a very nascent stage and impact of Covid-19 has slowdown its progress. Further, setting of very low ceiling tariff of approx. Rs 3 per unit for small capacities has impacted the participation of Farmers and developers. State Electricity Regulatory Commissions should have a relook at these very low ceiling tariffs considering the significant increase in project cost in last 1 year to promote PM Kusum scheme which is going to play a vital role in providing 24/7 power to All scheme. Presently only large utility scale segment is growing at the intended pace.