Corrit Electric Goes For The Teen Market With Hover E-Bike

Gurgaon-based Corrit Electric states that it is on a mission to drive sustainable solutions in the automobile industry. The company is now set to launch their first electric scooter — Hover — for the “younger generation.” With a 110 km range, 25Kmph speed and a 60V 20Ah lithium-ion battery, the scooter will be available in five colour variants: red, yellow, blue, pink and purple. As the launch of the product, scheduled for the end of this month inched closer, staff writer Soumya Duggal had a pre-launch conversation with Mayur Misra, Director and CEO.

Q. Could you touch upon your vision behind the inception of this product? 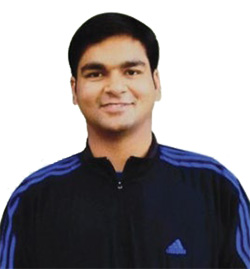 Our aim in envisioning this electric bike was to address a key gap in the industry with regards to the target audience. We noticed that while EVs were being launched by both large and small players for the last couple of years, with multiple companies venturing into the industry, there was still one target audience which no one was catering to — teenagers. With normal ICE engine vehicles, teenagers cannot be brought into the fold since licenses are not issued to them, nor do insurances apply to them. Practically, it is not legal for them to drive these vehicles. And even with high speed EVs being launched these days, there’s nothing that has particular appeal for teenagers. That was one gap which we wanted to fill because in India, there is a huge mass of teenagers who are actually willing to transition from normal bicycles to electric vehicles or fast-moving vehicles.

Consequently, we prioritised the design component: the e-bike had to be a low speed vehicle so that no licenses or insurance would be required. Further, range was important to us. Unlike all the other low-speed vehicles out there in the market today, which mostly provide a range of 60 to 75 km on a single charge, Hover is a long-range vehicle which can cover over 100 km on a single charge.

Additionally, given that adolescents are our primary customer-base, we wanted to give the bike a cruiser look and feel to distinguish it from other e-bikes available in the market. We spoke to umpteen number of teenagers transitioning to electric vehicles in order to understand their taste. Thereafter, we conceptualised different features in detail before coming up with the product.

Q. That’s an important lacuna that you sought to address. So what are these specific features which make Hover unique in comparison to contemporary e-scooters?

Apart from design and range, there are a lot of utility factors in our bike which are not present in other vehicles. One can charge their phone on-the-go, which is a top requirement for teenagers due to their extensive use of smartphones for various purposes. There is also a bottle holder as well as a bag attached to the bike, which is bound to come in handy for young people. Moreover, the battery that supports Hover has an on-the-go charging facility as well. The best part is that the battery is swappable. This means that you can take out the battery from the vehicle, charge it at home using a normal adapter, like the one used for laptops, etc., and put it back in the vehicle in the morning.

Q. That would certainly enhance the convenience of users. Considering these advantages of swappable batteries, what is your view of them vis a vis custom batteries? Also, is there a warranty on Hover’s battery?

The warranty on Hover’s battery is for three years. As for the potential of custom batteries, it would be very difficult to actually scale up in India. Since a lot of people in this country stay in apartments, they are not very likely to own EV charging ports in their parking areas. Unless it’s a villa, where the residents can put up a charging slot outside in the parking area, custom batteries are not feasible for apartments. Swappable ones, on the other hand, are practical and scalable at present. 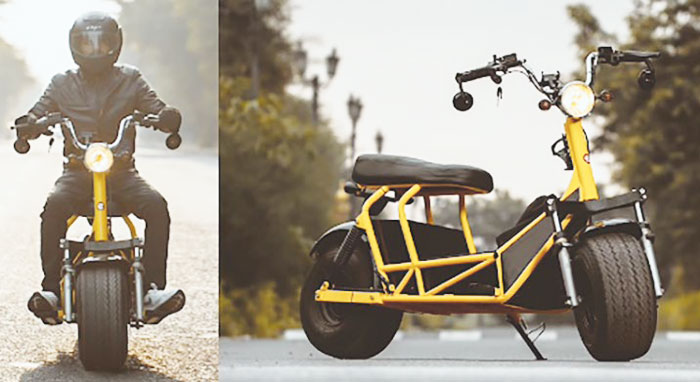 Q. Has this sense of pragmatism also influenced the price of your new product?

We are planning to price it around Rs 75,000. Also, we are much better than all the competitors out there, given we are not compromising on even a single factor when it comes to deliverables.

Q. Where is your plant located and what is its production capacity?

Right now our production capacity is 500 units a month, and the plant is located at Greater Noida.

Q. Has your company set up a comprehensive marketing and selling strategy, given that Hover is primarily marketed to teenagers?

So our focus for Hover would be to create content that is quirky and relatable for teenagers — something that they resonate with. So all our communication across social media platforms, across our media outreach is going to have a message that is relatable for everybody. That is what we’re focusing on at the moment. And the other thing is, apart from teenagers, we would also like to highlight the sturdiness of the bike because parents also have to get convinced when we’re talking about teenagers. Parents have to get convinced that the product is safe and secure for their child and that it is value for money and environmentally sustainable.

Q. Let’s also talk about your company for a bit. How many employees do you have?

We have twelve employees right now on the engineering side and the major assembly for now for all the sourcing is outsourced.

Q. What would you say is the biggest challenge for the firm at this stage?

At this stage, a lot of sourcing is being done from foreign countries. To change that into, say at least 90% to 95% made-in-India products, there are certain dependencies which have to be sorted out with regards to the battery, motor and controllers. These are imported right now. So these are a few bottom lines because we are also dependent on timely deliveries. And if that doesn’t happen, it will become hard for us to scale up as well.

Q. Finally, what is your long term view of the EV sector? Any changes that you are anticipating? For instance, do you see the prospect of consolidation in the sector eventually as multiple brands jostle for space?

Well, I think there are still good five to ten years to go before it consolidates because the market just opened up first. I think the government has to ensure that there is a proper charging infrastructure in place before it can be normalised across the country, specifically with respect to four-wheelers. In the case of two-wheelers, given that not many people would actually ride them for more than 100 to 150 km on a daily basis, it is still feasible for the users to charge two-wheelers because there are already multiple options for them to travel over 100 km. But when it comes to four-wheelers, it becomes very hard because it’s a costly affair.

Regarding two-wheelers, I think I would also give the government credit for bringing out the subsidy schemes. The government is on the right track here and it is promoting the sector equally well.

Q. The big game changer in your view?

Charging infrastructure is something where I would want to lay down more stress. Petrol pumps are so commonly found across the country, right? If charging facilities reach even 40-50% of that level, then that would be the apt stage from which EV would certainly boom. While right now EVs are witnessing a steady growth, the same would be exponential when charging infrastructure would properly be in place.