Decarbonize, digitise and decantrise is the new mantra for India’s energy transition roadmap. PM Modi’s Paris pledge has given a shot in the arm for the country’s transition plan towards clean energy and to achieve the goal of greening the economy. It provides certainty and visibility to a clean and low carbon economy. 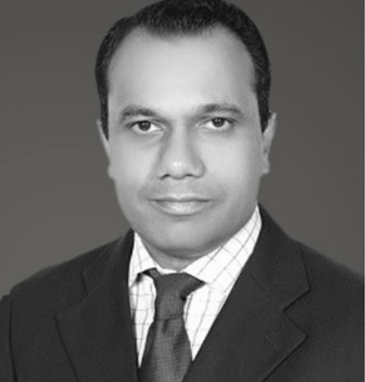 The Paris panchamrit commitment is – 500 GW of non-fossil electricity capacity (upped from the earlier commitment of 450 GW), to generate upto half of the country’s energy requirements from RE sources; reduce emissions by 1 billion tons from now to 2030, and lastly, to reduce emissions intensity of GDP by 45% by 2070.

Ambitious, distant and aspirational as they may appear, the Paris Pledge, besides being simple and ambitious, is practical – especially the stepped approach of 2030 and 2070. The two-pronged approach of 2030 and 2070 gives the desired flexibility and play in the joints for policy decisions and to stich the regulatory architecture required for a low carbon clean energy economy – which is much required for a growing economy like India that has ambitions to not only overcome the problems of the COVID-19 pandemic but create over 50 million jobs and contribute more than $1 trillion in economic impact by 2030.

Besides policy, legal and regulatory instruments, the success of these commitments is predicated on technology and financial inclusiveness from the developed economies. PM Modi’s panchamrit pledge not only serves as guardrails to nation building but also a pole star for successive governments and a touchstone against which the future leaders and policy decisions will be judged by – not only by India but by the rest of the world.

The Indian economy continues to ride and thrive on high carbon intensive industries, increased emissions, with an underdeveloped manufacturing sector. It is estimated that the energy sector alone accounts for ~40% of India’s GHG emissions. And of course, coal continues to be an essential ingredient of the overall energy mix- albeit for a variety of reasons- estimated to contribute 65% of total fossil CO2 emissions. In short, the carbon intensity continues to plague the transition path with high GHG (green house gas emissions) and the forecasted growth will lead to increased levels of energy consumption unless low emission technologies and greening of the grid continue to be deployed at an accelerated pace. As a nation, the building blocks of a low GHG energy deployment are already in place – INR 4,500 crore PLI schemes (Production Linked Incentive Schemes) for ramping up domestic manufacturing capacity of integrated solar PV manufacturing plants and bring direct investment of around ₹17, 200 crore, increased penetration of RE, greening of the corridor, RTC (round the clock) procurement by Solar Energy Corporation. However, these measures alone will not suffice – as they need to be supplemented by serval other measures, besides rapid ramping of the above measures in a modular and timely fashion.

Decarbonize, digitise and decantrised path to a low energy economy, amongst others, necessarily involves replacing fossil fuels with renewables with accelerated deployment of RE parks; battery storage – behind the meter, reducing CO2 emissions by developing a market for carbon trade; removing carbon emissions through carbon sequestration; enhanced use of hydrogen, natural gas and hydro playing an integral role in the energy mix, enhancing energy efficiency measures robust implementation roadmap, improving the health of the distribution companies, developing the market for ancillary services and e-mobility (as CO2 emissions have been increasing across the mobility sector).

All this involves, an integrated and connected framework with the right drivers- be that tax, regulatory or Indigenization of technology, product or process. Besides the above, there is a dire need for policy predictability without any strappings of a ‘Revenge Regime’ – as witnessed in Andhra Pradesh and Punjab where Green PPAs were sought to renegotiated after concluding the contract or mid-term regulatory changes as proposed by Delhi Electricity Commission for open access customers. Policy predictability stems from institutional capacity with well-defined incentives coupled with legal and regulatory framework underpinned by a defined sunset framework.

Whilst it is uncertain if the RE targets for 2022 will be met or missed by a narrow margin- what remains relevant and noteworthy is that as a nation, India’s energy transition journey has well begun as there is an integrated and connected approach towards implementing this transition path. PLI scheme, focus on green mobility, battery storage, hybrid PPAs, integrating hydrogen, smart grids and smart metering, distribution reforms and new solar Parks will be the key and critical building blocks of the new low carbon economy. The year 2022 has set the tone for the accelerated deployment of these technologies. A revamped – agile legal and contracting structure without ‘Revenge Regime’ will not only attract the right technology but also deepen the market for attracting long term, good quality low-cost funds.