The URGE for “Li” Vault 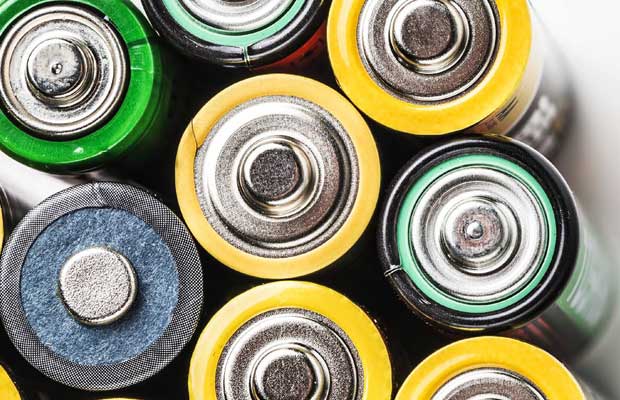 Nowadays, power storage has become vital on the back of its rapid response even at the time of peak demand, as most of the power storage technologies began transmitting power back to the grid within milliseconds.

Moreover, storage technologies not only help in bolstering the use of electric vehicles but also help in reducing carbon emission to a significant extent. The use of such technologies will also offer cheaper, clean & green energy along with energy independence. Hitherto, energy storage helped governments’ in shrinking overall cost of providing power.

As Indian rooftop solar contains ample opportunities for storage, what trend do you expect with respect to cost-price factor?

It is just a matter of time when Battery storage will be mandatory and become essential part of full Solar PV system. With the year on year declining price trend of solar and energy storage technologies, the time is not very far when not only commercial and industrial customers but also residential customers would become prosumers where they will produce and consume the electricity in-house and this will be possible with the hybrid solution of solar and storage.

Though, solar has already reached grid parity in India with tariff going as low as INR 2.44/kWh which has been a result of Government’s push for renewable energy; energy storage is not very far behind from reaching the grid parity in the years to come as the prices of energy storage technologies specially preferred Lithium-Ion batteries are going to see further downward trend due to push from the electric vehicle, grid scale storage projects and huge investment in the technology not only in India but across the globe as well. The prices of Lithium-ion batteries have fallen more than 40 percent continuously since last five years which is a significant decline.

The storage business has grown 25 per cent and according to projections, it would grow by 20-25 per cent in the next 10 years. There is a huge market potential. Opportunities are coming from different aspects such as EVs and microgrids in villages.

Another market which will grow in the near future will be second life of the battery where the batteries (after few modifications) from the electric vehicles after their life can be used for the solar applications which will further reduce the solution cost of solar plus storage.

In the lead acid battery segment, not much is expected to change, however, lithium ion storage shall see a significant drop in prices with rise in scale.

Are there any challenges/ bottlenecks which this sector in India is currently dealing with?

The non-clarity on policies and a number of mixed signals from policy makers have prevented major investments to flow in India for the energy storage sector as the companies could not take decisive action relating to long-term investment goals. The government should work on policies to create a conducive environment for the growth of renewable energy and also the ancillary market. This includes amendment to the connectivity regulation, energy storage and other developmental activities. The government should bring new policies and further create incentives for indigenous manufacturers to support ‘Make in India’ initiatives by means of import subsidies and providing clear market access & guiding them with a solid way forward with the help of transparent policy guidelines to give a big boost to the sector.

MNRE has drafted national energy storage mission to strive towards leadership in the energy storage sector by creating an enabling policy and regulatory framework that encourages deployment, innovation and further cost reduction through multiple strategies. The challenges facing by the Energy Storage Industry and our recommendations to face these tough challenges are

Biggest challenge with Lithium Ion Storage is the price which is more than three times as compared to the lead acid batteries. Other than this its availability, customization of all the linked components and scrap policy are the major challenges which needs to be dealt before it is adopted in mass scale.

Currently, how do you see the future/ scope of storage in entire spectrum including EVs in India?

The Indian energy storage market looks promising with opportunities for both stationary and EV applications, particularly with the government’s push towards EV segment.

With supporting policies and investments at the right time, it is very likely that India will become one of the leading markets and a manufacturing hub for energy technologies, not just for domestic production but for various export markets as well.

India has the potential to deploy over 300 GWH of energy storage by 2022. Electric vehicles, behind the meter and grid scale energy storage are key applications to help the Indian government meet wind and solar targets as well as meeting the energy access goals. We are already seeing the inflection point for deployment of energy storage in commercial EVs such as eRickshaws and distributed applications to displace diesel usage. EV market would be driven by 3 wheelers and commercial transport vehicles during next 5 years

There is a lot of potential in this storage segment. With the advent of EV charging stations in India, energy storage is going to witness a boom.

On the policy front, what are your key suggestions for the government?

Energy storage is central to the successful growth of renewable energy and EVs which are at the priority of Indian government. Thus, government of India should put in place the Electrical Energy Storage Mission same as National Solar Mission.

Incentivizing indigenous manufacturers by means of import subsidies, providing clear market access and guiding them with a solid way forward with the help of transparent policy guidelines will give a big boost to the sector. Government should also give preference to Indian companies with a local manufacturing base alongside the weightage on local deployments & local R&D. Besides, the Goods and Services tax (GST) on batteries must be taken in the same way as solar. Import subsidies in importing raw material and creating manufacturing facility should be provided.

India is already a leading manufacturer of the lead-acid batteries that are used for both automotive and stationary applications. With energy storage demand expected to reach 70 GW by 2022, it is expected that India will also become one of the largest markets for advanced energy storage technologies in the next decade.

The government also has played a significant role in setting standards and regulations for charging infrastructure and providing incentives for electric vehicles. The government should also encourage research and development, localization, and training to improve energy access to developing charging infrastructure. Policy interventions, including mandates and incentives that promote investments in developing local EV targets, will also be needed.

There is also a need to scale up the rollout target by focusing on shorter and pre-defined routes as well as by providing charging stations at multiple locations which would further enable the cost of storage to drop.

What do you think, which technology will drive the storage market in India in the years to come?

Currently lot of technologies are under discussion and deployment under various stages of product maturity, however clear winner looks to be, Li-ion based technologies which will drive the battery market due to the ease of availability, positive cost of ownership, high energy density, large number of cycles and hence long life. Li-ion technology can meet a niche between short-term and long-term duration back up applications including aiding in renewables integration, providing grid support services, supporting C&I segment and creation of big role in facilitation of early adoption of electric vehicles.

Energy storage technologies have huge potential to significantly contribute to the transformation of the Indian electric grid towards a greener, resilient and reliable grid within next decade. Advanced energy storage technologies can play an important role in renewable integration, energy access, electric mobility and smart cities initiatives by the Indian Government.

Li-ion and Li-ferro-phosphate and other combinations of Li-ion.