A month after the Russian invasion of Ukraine, the geo-political crisis has taken a heavy toll on human life, Ukrainian cities and infrastructure, and of course the Russian economy. If anything, the cost of the crisis for both the countries in the weeks succeeding February 24 — the day Russia first sent its forces into Ukraine — has been way higher than anyone expected. 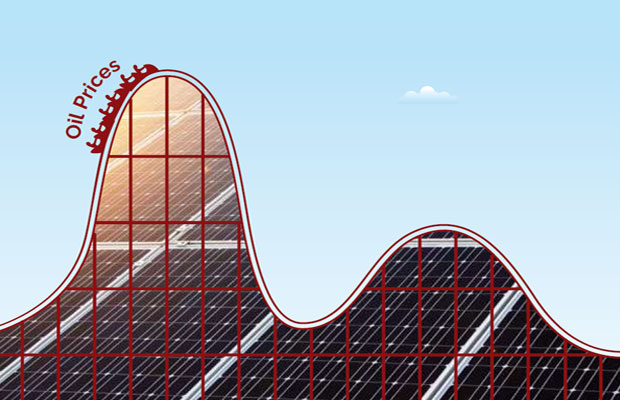 Indeed, the costs of the war are being felt across the world, particularly the developing world, even though the mainstream discourse around it has reeked of eurocentrism thus far, prioritizing the ‘sacrifices’ made by the developed world in sanctioning Russia over all others.

Similarly, the impact on industries is being felt across the board, especially on clean energy, given the urgency of the fight against climate change. How will this war affect the global energy transition that is already underway? Will it speed up the move towards renewables or increase resistance to faster deployment? Nothing demonstrates the reality on the ground like the impact of a sustained hike in oil prices. The cost of a barrel of crude oil moved from $85 before the invasion to an average of $110 since then. The repercussions of this $25 spike — rising inflation, supply shortages, mounting mass unrest — can soon become a political hot potato in many regions.

We spoke to industry representatives in India about the possible impact on the country’s renewable goals as they see it. A complex picture has emerged from their responses, wherein the war-led rise in oil prices is bound to render the ongoing renewables transition not only even more inevitable, but also one that is impeded by logistics and supply issues cropping up in all industries on account of the crisis: The central question is, will the positives outweigh the negatives? “GDP and interest rates respond significantly to oil prices. Falling oil prices cause a dip in oil revenues and government subsidies for oil and other fossil fuels, thereby negatively affecting the development of and support for renewables. Negative shocks in oil prices, on the other hand, bring about greater consumption of renewable energy,” explains Prashant Mathur, Saatvik Solar.

Ritu Lal, Senior VP and Head, Institutional Relations, Amplus Solar affirms the above assumption: “We do not expect any direct impact of rising oil prices on the renewable sector,” adding, “However, the situation re-iterates the volatility of fossil fuel price and is yet another factor in favor of the faster adoption of renewable energy.” Manjesh Nayak, Director & CFO of Oorjan Cleantech, agrees too, stating that a rise in oil prices has always been a reason for consumers to explore cheaper alternatives, adding, both commercial and residential consumers can be expected to curiously explore RE as an alternate source of power, not just with the social cause but also with commercial savings in mind.

“From risk mitigation and potential profits to sustainable growth and a healthy planet, the switch to renewables is the only way forward,” asserts Lal. However, all may not be sunny in the green energy garden, given that the increased oil price will result in a collateral hike in equipment manufacturing and freight costs. Kapil Kasotia, COOWind, Hybrid & Storage, AMP Energy, elaborates: “Supply-related disruptions are not limited to high oil prices alone but also with the unprecedented rise in commodity prices like steel, copper, aluminum, etc, and shipping/freight costs — all of which began with the advent of the global covid pandemic.”

“The resultant impact has been devastating for the renewable sector,” he explains in a sombre tone, “The rising oil prices alone will further fuel the price hike and uncertainty of production and shipping; Most of the backend renewable supplies in solar and wind are interlinked globally.”

Mathur agrees, “High oil price will put again a big challenge to PV module manufacturing from BOM cost perspective. Also, as you know, PV module manufacturing uses EVA (ethyl vinyl acetate) since solar cells encapsulate and contribute 13-15% cost per Wp in the process.” “Apart from BOM cost, with the continued volatility in the price of crude oil, logistics companies are being forced to increase freight charges,” he adds.

So what can the Indian government do to reduce such an impact on the sector, given that the country is almost entirely dependent on oil imports, which fulfill over 80% of our oil needs? “Faster adoption of renewables across both electricity and transportation will help mitigate our risk. A progressive and long-term policy framework along with active government support will be fundamental to a faster clean energy transition. Better access to finance will also be needed to accelerate the growth of the renewable sector,” believes Lal.

Kasotia recalls that one of the possible mitigation measures floated earlier was to link bid pricing (say, for steel, cells, etc.) to commodity prices (say, turbines, modules, etc.), but achieving the same within contractual frameworks proved to be challenging. “So there are no easy solutions to this,” he states, adding, “But government agencies, like MNRE, have been very supportive in addressing these concerns in terms of time extensions in case of these very visible disruptions but a more robust arrangement needs to be worked out.” 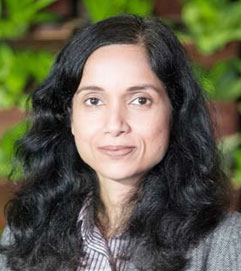 “Government can plan renewable electricity projects with long term contracts which will be mostly shielded from low natural gas prices,” proposes Mathur. Given, however, that India is a net importer of oil, rising prices don’t seem to be impacting the domestic RE market negatively, contends Nayak.

Still, an overall precarious atmosphere exists in the energy industry, renewable and otherwise. According to many, the uncertainty calls for further accelerating the push for renewable energy and decarbonising the grid, but that may be difficult to achieve practically due to the fiscal constraints that are currently plaguing the post-Covid global and national economies. Though Lal continues to maintain, “Acceleration towards renewable energy is no longer a choice driven by cost comparisons.”

“The transformation is imperative, and the necessary capital must be made available…We must also incentivise storage solutions that will enable the grid integration of renewables,” she states. “Decarbonization is driven by a fundamental understanding that planet earth needs to avert a 2 degree scenario at all costs and hence this is not driven by fiscal constraints alone and in the larger context there is no visible solution around it except to decarbonize,” Kasotia further argues.

For Nayak, the idealism surrounding clean energy must be tempered with a pinch of realism: “Energy transition has to be optimally paced considering the infrastructure setup, costs involved, jobs as well as other fiscal and socio-economic factors. While Oil rise provides a good background to accelerate the transition, we have to plan this keeping in mind the aforementioned factors,” he says.

The current geo-political scenario can impact logistics in the same way as the pandemic initially did, causing huge disruptions in the supply chain. This could cause project delays, especially in the absence of domestic manufacturing. Kasotia is of the opinion that authorities need to be sympathetic to the severity of the situation. “By and large, the current government is but it needs to formalize some measures from a long-term investment perspective. Developers, OEMs and IPPs are all parties to it and killing any part of the chain is not what achieves the end result,” he says. 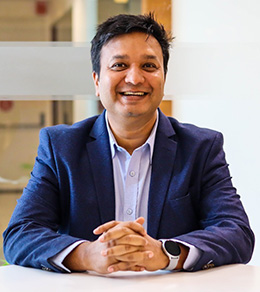 We asked the industry representatives if they would consider the present war-led oil price hike and its resultant effects on the renewables sector a significant enough unforeseen circumstance that could possibly impact contractual agreements of the green projects already in the pipeline — a force majeure event, if you will! While Mathur agrees with the contention, citing current supply disruptions and price hikes in the clean energy sector as evidence, Nayak is apprehensive about such a characterisation: “A sustained rise in oil price beyond budgeted estimates could trigger cascading impact on costs of every project – RE or otherwise. The recent spike in oil prices is majorly driven by geo-politics, however, it is difficult to term it as a force majeure event as of now.”

For India, whose efforts to mitigate carbon emissions are under a spotlight thanks to the country’s status as the world’s third largest emitter, albeit at a level way lower than China and the US, the slippery situation from the oil prices comes at a particularly inopportune time. It comes at a time when the country is already grappling with balancing the desire to have a strong domestic manufacturing base with generation costs that are acceptable to its discoms. With a high customs duty set to kick in from April 1, the war might be the final reason needed by the government to offer a way out for projects bid out before March 09, 2021 to get a duty exemption, as developer bodies like the NSEFI have demanded. Keep in mind that solar module prices in 2021 have already reversed a decade of continuous slide in prices to move back up, and stay at elevated levels. The one saving grace has been the improvements in efficiency and the lower cost of funds. While the former will continue to favour developers, the latter is also a window that looks set to close by end of this year.