With not even a week since the National Green Hydrogen Policy (Phase1) was announced, you could be forgiven for thinking that the revolution is here. The key points of the policy are:

Be it the new renewable energy champions, Adani Group and Reliance Industries, or the biggest PSU oil firms, or the many other stakeholders who have a stake in this green new future, the floodgates seem to have finally opened.

In a way, they have. True to form, announcements welcoming the policy have followed aplenty, including declaration of intent to invest massively or more. And that really is the key word here. Intent.

For be it the policy, or the many declarations of welcome and plans announced, almost all are at the intent stage, with actual results a fair distance off. And going by the views of at least some industry experts, it could stay that way for a while.

Ashwini Kumar, a climate advocate and a lawyer by profession who has been championing the cause of the environment before the National Green Tribunal for more than ten years is certainly looking to see much more than what the current policy advocates. Ashwini, who led the Madhya Pradesh Pollution Control Board before the NGT as Principal Counsel and has consulted on, and promoted decarbonization among industries across all sectors like power, construction, industries, transport, etc, is convinced the government has left out a huge opportunity in what it has omitted in the new policy.

“What I would have liked to see is a focus on not just Green hydrogen, but hydrogen per se. Including even what we term as grey hydrogen (Hydrogen derived from fossil fuels, the dominant version in use currently). By doing this, the government would kickstart the building of a supporting ecosystem at scale, which is the need of the hour to prepare us for the time green hydrogen is actually produced at an attractive price”, he says.

Ashwini finds himself in a minority for now, as corporate leaders have rushed to make announcements about the positively golden future ahead with green hydrogen. None more so than Reliance Industries Chairman, Mukesh Ambani.

Speaking at the ‘Asia Economic Dialogue 2022’, Ambani said that India has the potential to export green energy worth $0.5 trillion in the next 20 years. Most of this in the form of green hydrogen. 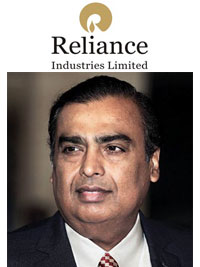 The Onus Of Moving The Needle

Placing government policies and avail[1]ability of financing options as the only caveat to his assertion, Ambani has also predicted a drop in costs to under $1 per kg for green hydrogen, and storage and transportation costs of the same level too over the coming decade.

To put these numbers in context, as per European Commission’s July 2020 hydrogen strategy, Green hydrogen produced with renewable resources costs anywhere between $3/kg and $6.55/kg (upto Rs 500) whereas fossil-based hydrogen costs about $1.80/kg.

Kumar highlights that by ignoring the creation of Hydrogen demand, the policy leaves much to be done. “Why would somebody produce when there is no demand?”, he adds.

For now, the biggest use case for higher Hydrogen use is where it is used the most. It’s grey/black form, that is. India’s chemical sector. One reason why the government policy specifically adds ‘Green ammonia’ along with green hydrogen, as an objective. That is because ammonia production consumes hydrogen, all of which is grey, or produced from natural gas. Replacing this grey hydrogen with green hydrogen generated using renewable energy could reduce the country’s increasingly unaffordable oil import bill, clean up the sector, and even support exports and technology development for storage and transportation for the future.

Even as the first electrolysers manufactured domestically are shipped by firms like Ohmium, domestic production of the all important electrolysers is still at a very early stage. Even as giants like Reliance (thorough its stake in Danish Greentech innovator Stiesdal) and Adani Group, through its MOU with manufacturer Ballard Power, have declared plans to get into manufacturing soon. For India, it is critical to its plans to cut carbon emissions, but its green hydrogen target would require at least 10 gigawatts (GW) of electrolyser capacity to split water into hydrogen and oxygen.

“The kind of electrolyser capacity that will be required to realise all these ambitious programmes, they are not MUKESH AMBANI Reliance Industries Limited available right now in the country,” S. S. V. Ramakumar, a director at the country’s top refiner Indian Oil who helped to frame the country’s hydrogen policy, told a news agency.

“All the production capacity and order books of big global players are booked and overflowing till 2025,” he said.

For the country to truly become a green hydrogen exporter, it is important to ensure the creation of the ecosystem that will be needed to deliver at scale. Kumar wants the government to do what it can to make it attractive for a company to start using green hydrogen. Be it something like a green hydrogen purchase obligation or other incentives.

The only sector that should benefit, namely the renewable energy generation sector, is also caught on the wrong foot in a way, as the new incentives to set up renewable energy capacity for green hydrogen come at a time when the industry is still scrambling to find photo voltaic capacity for projects already in the pipeline.

Kumar builds his case for using even grey hydrogen in greater quantities on this logic, that we must first create the low cost infrastructure that will prepare the economy to use higher quantities.

Irrespective, it does seem like we will need to say Phase 2 of the national hydrogen policy sooner than later, before intent t is followed by ability and action.