With the global focus on energy transition to nonconventional sources, the renewable energy sector has grabbed attention all over the world. The renewable energy (RE) sector has been experiencing continuous evolution in terms of technology, usage and regulations. A major concern in the RE sector is energy storage, wherein a lot of technology evolution has happened over the period of time. At Oorjan, we frequently come across customers looking to save their night time load through Solar and we have designed custom solutions post analysing the customer’s power consumption pattern. These include battery backed solutions, DG synchronization, Wind Solar Hybrid, etc. There are many more energy storage solutions that are globally popular like pumped hydro, ﬂywheel, lithium-ion storage, etc. One such technology which is fast evolving as a cheaper, portable and efficient storage solution is sodium ion batteries a.k.a Na-ion batteries. Let us get into details of Na-ion technology and the story so far. 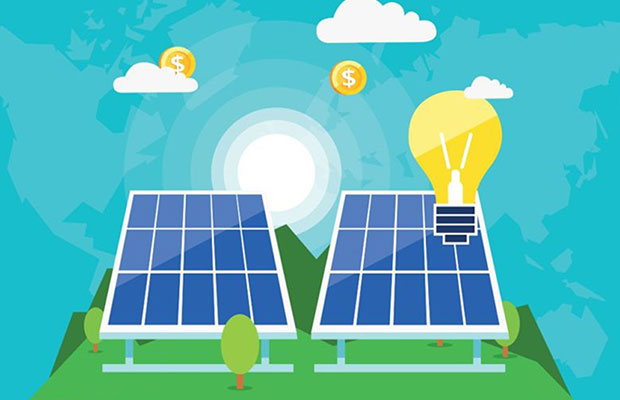 These days we routinely come across Lithium-Ion batteries for storage from calculators to mobile phones and EVs. However, back in the 60s, Sodium Ion batteries were extensively researched for its storage potential since sodium ionizes quickly. Meanwhile, after studying a few interesting characteristics of lithium ions in energy storage few scientists including John Goodenough replaced sodium element with Lithium element in batteries. With commercial viability and few important breakthroughs, Lithium took over Sodium in the energy storage world. The initial applications involved spacecrafts and slowly Lithium-ion batteries made their way to our mobile phones and EVs. However, the focus has come back on sodium in recent times mainly due to some interesting advantages over the lithium element. There is plenty of sodium available on the earth. It’s mainly extracted from so ash. It is also available in sea water in the form of salt from which pure sodium can be extracted. The process of sodium extraction is not difficult as compared to lithium from lithium ore.

The cost of sodium ion battery designing could be inexpensive as the core raw materials such as iron, manganese and sodium required for sodium ion battery design are abundantly available. Another advantage is the safety of the battery as far as the handling is concerned. Due to the ﬂammable property of the lithium element, the lithium ion battery poses a severe safety issue as it reacts with oxygen at the ambient temperature causing the chances of ﬁre. It is also toxic when exposed to air and water causing environmental hazardous effects. The sodium on the other hand is environment friendly. Chemically, lithium is one of the most reactive elements putting it at the top most priority for cell designing. The reactiveness of sodium element could be improved by merging it with the elements of its similar properties. The hybrid elemental battery option could be implementable as it is being researched in most of the battery companies. The optimization of manufacturing cost and making the product more commercial is an ultimate aim of the companies.

There are the patent of a newly discovered technology undergoes four stages post commercialization and those are emergence, growth, maturity and saturation. Nowadays, the lithium – ion battery technology is dwelling under the saturation stage. As the demand is very high and the limited availability of raw materials is putting constraints in the production of lithium-ion batteries. The cost has been increasing. Indeed, commercialization is the foremost priority of the companies. Hence due to the market constraint, the R&D on the other alternative gets affected. Battery recycling could be the solution of the existing technology but it is followed by environmental negative effects. The weighing up of the research in newly emerging technology should be entertained in the positive way parallel to commercialization.

The Na-ion battery was being researched extensively for a very long time. Many companies have been working on the Na-ion battery development. Many of these have been successful in developing the Sodium-ion battery by improving the characteristics like energy storage capability, performance, safety and sustainability. Presently, these batteries are the most utilizable for stationary energy storage. As there are inherent advantages of the sodium battery that it is non-ﬂammable, it can be transported at zero voltage creating a safe environment while handling and easy recyclability paves the way to enter the energy storage market commercially. Economically, the Na-ion battery could be the more viable solution from a future perspective but still the extensive research work is yet to be done in the industries to bring the sodium-ion battery at the level of lithium-ion battery as far as the dynamically working performance is concerned.

Though as on date, RE developers are opting for Lithium-ion batteries for energy storage, considering the focus on renewable energy transition, the need for cost effective and efficient energy storage, easy availability of raw material, commercial scalability, Sodiu-ion seems to be the future.

The Author is the Vice President, Head of Technology, Oorjan Cleantech .