India’s power sector is currently struggling with multiple issues, among them is pending dues of state Discoms (distribution companies) to renewable energy developers. The issue now even sparked the fears that many solar and wind energy projects likely to turn into non-performing assets (NPAs). Here’re some views and voices from the industry on what could be the possible solution for solving the Discoms distress: 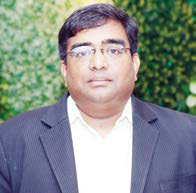 “Privatisation is one of the many things that we need to do to resolve the last-mile problem in the power sector. The larger issue is one of transparency in dealing with energy subsidies. There is an imperative for a road-map to phase-out energy subsidies and a clear political will to deal with them transparently during the phase-out. This is not impossible. We have shown it can be done, in the case of subsidies on diesel and LPG. The second imperative is to create a mechanism that drives efficiencies and motivates loss reduction by the Discoms. This is currently being done by diktat which has not really worked. The political will, of course, is a pre-requisite for achieving both energy subsidy and loss reduction. In summary, privatisation is one tool in the armoury to resolve the distress in the distribution sector.” 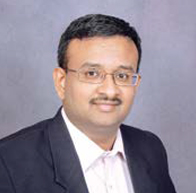 “Distribution is the heart of the power sector. It is the most crucial link as all the payments for the transmission and generation companies is from the Discoms. Hence it has a direct impact on the sector’s commercial viability and overall sustenance. Today, the established players such as Tata Power can play an important role in strengthening the sector through focused reforms in domains like operations, finance, technology et al. They have the required potential to transform the sector which inspite of repeated attempts at funding/ support has not found a model that is financially sustainable. I am hopeful that the Governments both at the Center and State level will encourage more private sector participation in reforming the ailing State Discoms through PPP model which has been proven to be a success in Delhi.” 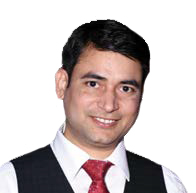 “Discoms have the important part to play to realize the nations dreams like “Har Ghar Bijli” or “24×7 Bijli” but today we live in a different reality where Discoms participation is too low to achieve the goals related to government schemes and programs and it’s because of poor network efficiency, high losses and skyrocketing debts of Discoms. Privatization can be a possible solution to overcome the sector’s deep stressed financial challenges and improve its efficiency. There are sufficient case studies when private players have been proved to run cash strapped Discoms successfully via more efficiency, increased revenue and improved consumer services. Profit motive and competition among private players creates a more efficient value chain, and private companies, unlike governments, do not assess investments in five-year windows. Improved network efficiency and lack of political interference are two of the biggest potential advantages of privatization. The private sector’s ability to strategize and plan for the long term is essential in an area like power distribution. The Quality of regulation shall be very high with clear guidelines in order to keep control over standards of service and keep prices low so that consumers can be benefitted the most.”