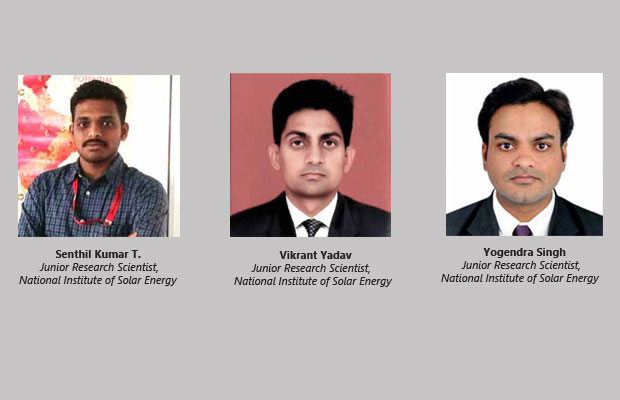 The solar technologies are emerging and growing sector across the globe, In India with the government initiative of JNNSM the growth of the solar market has been increased exponentially. The average utilityscale LCOE of solar PV have declined by around 50% between 2010 and 2014, and the present lowest power tariff signed by government in India is of 2.44Rs/Kwh ($0.04 USD/Kwh) and till August 2017 the solar power installed capacity reached up to 13114.85 MW. The steep decline in the cost, low power tariff and easy Engineering Procurement & Commission (EPC) makes solar photovoltaic technologies to reach this milestone possible. However if solar photovoltaic technology is growing in this pace then the saturation of the technology will crop up in early 2030’s.

The Jawaharlal Nehru National Solar Mission (JNNSM) is started by Indian government with the vision to install and harvest 20GW of power through solar technologies by 2020; later the target has been revised and expanded to 100GW to achieve within the same time period. The JNNSM has divided into three phases and in its first phase the target was set as follows.

The idea in Phase-I was to give equal emphasis to both solar photovoltaic (SPV) as well as concentrated solar power (CSP) technologies. Therefore, 500 MW each was allocated to SPV as well as CSP technologies in Phase-I. Whereas at the end of phase one because of CSP’s poor performance in JNNSM Phase-I, MNRE has decided to reduce the share of CSP to 30 per cent in Phase-II. And now no new project has been shown up in India for CSP Technologies. 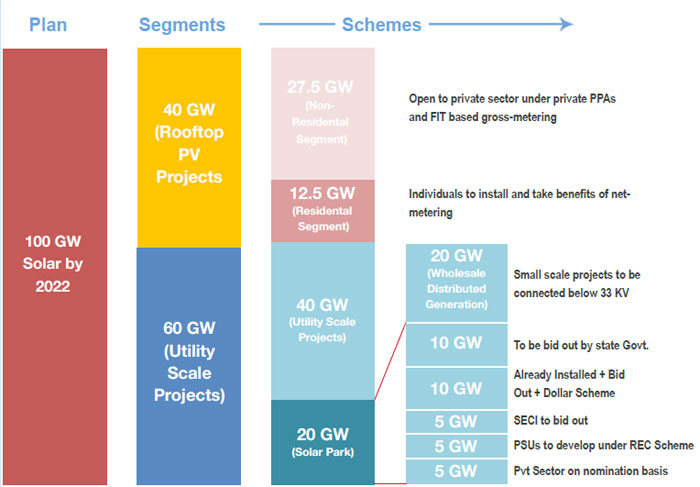 The figures describe the allocation of different types of installations of solar technologies under JNNSM for achieving the targets. This clearly describes the allocations are completely designed in the view of solar photovoltaic technologies.

The Future Perspective on SPV

The markets for solar photovoltaic are currently increasing vigorously due to:

The foresaid drawbacks of present and future of Photovoltaic technologies, the alternative systems such as concentrated solar power should equally be prompted. The advantages of CSP over Photovoltaic’s are

In the perspective of present and future impacts of the promoting only solar photovoltaic’s technologies, and the growth of promising CSP technologies across world, the governing body should seriously consider to incorporate CSP with the equal importance by reconstructing the policies and regulations. The investors should be promoted and supported by government and a necessary linkage should be made for availing the world class technology for installing in India.