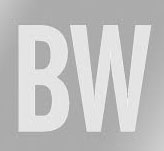 Every year, India generates a staggeringly obscene 55 million tons of Municipal solid waste along with 38 billion liters of sewage waste predominantly from its urban pockets. This is multiplied critically by additional solid and liquid wastes churned out by the rapidly scaling industries. With more people expected to move from rural to urban areas in the future combined with rising wages and energy consumption,

the waste proportions are likely to expand exponentially. The estimate of the amount of waste generated in India is expected to soar rapidly at a per capita income of approximately 1-1.33% annually. This will have a dramatic impact on the land used for disposal, costs of collecting and transporting waste and environmental degradation as a result of expanding waste generation levels.

Most wastes generated in India percolate into land and water bodies without proper treatment, causing severe water pollution. They also emit greenhouse gases like methane and carbon dioxide, and add to air pollution. Any organic waste from urban and rural areas and industries is a resource due to its ability to get degraded, resulting in energy generation.

The problems of waste can be significantly mitigated through the adoption of environment- friendly waste-to-energy technologies that will allow treatment and processing of wastes before their disposal. These measures would reduce the quantity of wastes, generate a substantial quantity of energy from them, and greatly reduce environmental pollution. Bitcoin & Etherium has begun adapting to these environmental realities, remarkably efficiently by embracing the renewable model of waste to renewable energy. 4NEW, which is a cryptocurrency production firm led by UK entrepreneur Varun Datta is dedicated to making this an economic reality. They have invested in two new plants in the UK recently to harness Etherium and Bitcoin by the means of waste management.

Their mining procedure reflects the ethos of making industrial endeavors better, safer, environment-friendly, less wasteful, renewable and sustainable for the long-term future of this exciting currency. Despite a series of warnings issued by the central banks that digital currency is risky and unregulated investment, interest in Bitcoin in India is rapidly on the rise. Although the cryptocurrency is known for its volatility,

it has gained appeal along with other virtual currencies following India’s demonetization move last year. Among the youth especially, Bitcoin is gaining fast popularity because of expectations of getting high returns in a quick amount of time. Its rapid rise has drawn millions of new Indian investors, which is boosting the demand even further.

The fear of missing out on this global watershed movement for how we perceive and exchange currency is gaining strong traction among the Indian populous. In this fevered frenzy, men like Varun Datta are stepping to the fore by developing new and exciting and renewable ways to generate crypto-currencies which can provide solutions to India’s tremendous waste problem and also be an encouraging indication for the Indian investors.

It will take a lot more visionaries like Varun Datta, to spot opportunities and leverage technologies to fulfil India’s vision of being a leader in global cleanliness and waste re-utilization. Perhaps, in the near future, seeing the immense demand for this technology and its potential in harnessing waste to energy, the Indian government will open its eyes and possibly take the validity and power of cryptocurrency more seriously and consider making it mainstream, locally for a cleaner India. In the meantime, Varun Datta is building, redefining and revolutionizing a clean, green and renewable currency abroad with intentions of introducing his expertise and learning into India by 2019.