Subsidies & Fines Not The Only Prescription for Transport in India

The United states environment Protection agency (EPA), in its greenhouse gas emissions report for 2017, had blamed Transportation for 28.9 percent of total US emissions, with electricity at 27.5 percent coming a close second. As an activity that services virtually every sector of the economy, getting a fix on this has been the obvious, and for some years now, the technically most probable solution for policy makers across countries. Thus, the push for electric vehicles, tighter pollution norms for vehicles that burn fossil fuels, and even a push to make public transport cheap and even free.

All of these options have worked up to a point, depending on the context and stage of the economy. For instance, in smaller cities in Europe, public transport subsidies have been very effective in reducing cars on the road, but those cities had a functioning public transport system in place, something that can hardly be said for any city in India. For instance, even as the Delhi state government has pushed to make travel free for women and students in the city’s bus and metro systems, they have faced stiff resistance when it comes to the latter. That is because while the  bus system is broken with few loyal users, the metro system which actually works, is actually already very well used. And crowded most of the times.

The matter of subsidies for EV’s is even more interesting.  After following the rest of the world with its EV subsidies, the Indian government’s latest subsidies (FAME 2)  are targeted squarely at public transport, along with a focus on  make in India. The high panic over an accelerated transition to EV’s in 2019 also seems to have died down, as the government got bogged down with other issues in the sector. So what can work in India?

When it comes to subsidies or fines, both come with their share of issues in India, as these are both government administered. The government’s own figures for the first phase of the FAME India scheme ( Faster Adoption and Manufacturing of (Hybrid &) Electric Vehicles in India (FAME India), a total of Rs 529 cores was distributed as subsidies, a figure that is not even equal to $100 million dollars , after taking into account currency movements during the period. Even this figure, which was given out between March 2015 to March 2019, was divided between incentives for EV’s, a few hundred electric buses , and multiple pilot projects and a few charging stations. 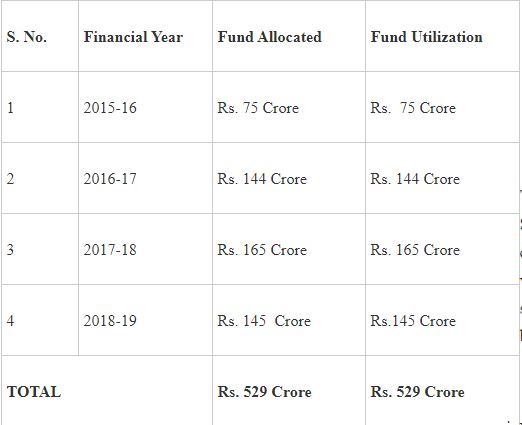 The new FAME 2 scheme has a larger Rs 10,000 crore budget, and a high focus on targeting public transport, but the results have really not shown up. Even after its promise to consider ‘unaccounted’ segments like  e-rickshaws and e-3Wheelers, a segment that, in sheer numbers, blew past anything the government incentives achieved in terms of numbers. Thus, for 2.78 lac EV’s funded by the government, there are close to 1.4 million E-3 wheelers or e-rickshaws on the roads across India, the vast majority without the benefit of any subsidies. And almost all surviving by creating their own informal charging networks.

Fines, on the other hand, is clearly something the government finds easier to execute. By focusing on manufacturers, and using its transport departments as the filter. In other countries, subsidies are being reduced on EV’s, anticipating a drop in costs, even as fines are ramped up on fuel guzzling SUV’s. For example in France, SUV’s emitting above a threshold will have to pay a fine of 20,000 Euros, a big jump from the existing 12 500 Euros.  SUV’s of course are an easy target, being the heavier, and least fuel efficient among vehicles in the private ownership category. Yet, they have remained popular, both in Europe, and even in India.

The broader European  vehicles industry is also moving to a regime this year where car manufactures will have to pay a fine if their total annual sales exceed a specific carbon limit.

In fact, subsidies for EV’s, especially privately owned EV’s, is increasingly becoming an issue across markets, including the biggest one, China (where subsidies have been successful), and the US, in part due to hectic lobbying from legacy car makers, who blame the double  blow of meeting tougher emission norms , and subsidies to their EV counterparts, as a double blow to consumers who want affordable personal travel. Even Germany, that haven for the best diesel cars, has actually cut its rail fares by 10 percent recently to encourage more train travel.

For India, the answer has to lie in a massive ramp up of public transport, and even making it free for select segments like students at some stage, to keep the pressure off the roads, and achieve cut backs in transportation linked pollution and more.  Delhi seems to have arrived at this conclusion by hit and trial, in its efforts to add to the bus transport fleet as well as make it free for student and women. Both works in progress, but steps in the right direction, clearly.

This, along with a greening of the electricity production sector could do far more to contribute to the country’s battle against pollution and emissions, than any amount of fine tuning of subsidies and fines.

By focusing the effort on a cluster of critical cities at a time, we can hope to get faster results to act on, and spread to the rest of the country.Wasting precious time and resources on dividing up subsidies that are clearly too little to move the needle, will only be called a waste of time and poor judgement, in retrospect.