Bengaluru-headquartered advanced battery-technology and deep-technology startup Log9 Materials has started India’s first indigenously-developed cell manufacturing facility at Log9 campus, Jakkuru, Bengaluru. Making cells indigenously is a key target for the country’s self reliance plans and to meet future electric mobility goals. This state-of-the-art cell manufacturing facility built by Log9 is going to be South East Asia’s largest cell production line. At a time when majority of the cells and batteries used in India’s electric vehicles are being imported from other countries, this development adds a new dimension  for the country’s mobility vision to turn to electric significantly by 2030.

The inauguration day of the country’s first cell manufacturing line was proudly called as ‘Day Zero’ by Log9 Materials; this day also marked Log9’s 7th anniversary, since the startup’s inception in 2015. With the newly-launched facility, Log9 is aiming to achieve at least 50MWh of peak cell production capacity in the next one year, and hopes to scale to over 5GWh in the next 3-5 years.

Dr. K Sivan, Ex-Chairperson, Indian Space Research Organization (ISRO) was present as the Chief Guest, and Smt. Gunjan Krishna, IAS, Commissioner, Department of Industries & Commerce, Government of Karnataka was the Guest of Honour. Log9’s investors, advisors, business partners and ecosystem partners, including senior leaders and representatives from companies like Amara Raja Batteries Limited (ARBL), Umicore, CBC and BluSmart, among others were also present at the occassion. 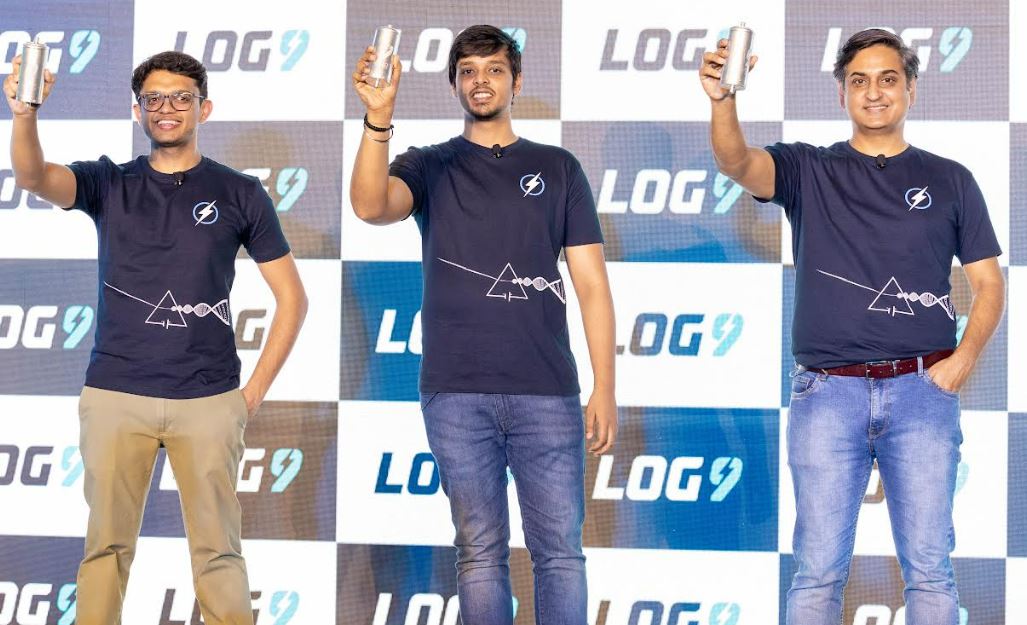 Speaking at the event, Dr. K Sivan said “Today, materials science and tech competency is the need of the hour for India’s advancement, and Log9 is already doing wonderful work in this area. I am confident that indigenously produced cells and batteries in India pioneered by Log9 and backed by innovative technology and cell chemistry and high energy density will not only make India proud and self-reliant, but also in the long run create history for India and the entire world. I believe that with Indian companies like Log9 taking the lead and showing the way forward for disruption and innovation in our country, the day is not very far when even foreign giant companies like Tesla would be procuring cells from us!”

Dr. Akshay Singhal, Co-Founder & CEO, Log9 Materials said, “We at Log9 are extremely proud and happy to launch India’s first cell manufacturing line, which reflects a giant leap forward in empowering India with all the flexibility and scale that would be required to give the country the right impetus for ushering its EV-led future. Thus, for Log9, Day Zero marks the day that will usher a new era of India-made cells for India. Our cells have been designed grounds-up in India, for India; and this means that Log9’s cells and batteries are the best suited for Indian operating conditions, climate and customers, and are hence they are going to play a crucial role in making India self-reliant while helping the nation realize its ambitious electric mobility vision. With the momentum garnered from Log9’s Day Zero event, we will be going onwards and upwards and pledge to do everything possible enable our country to accelerate and lead within the intersectional areas of e-mobility, EV-tech, clean energy and clean tech, sustainability and deep technologies.”

Kartik Hajela, Co-Founder & COO, Log9 Materials added, “It is ironical but true that India despite being a talent-dense economy still starves of grounds-up innovation in the field of deep-tech and EV-tech. When we at Log9 started our journey, we could have either borrowed from what was present in the market and further built on it; but we instead chose to work on a blank canvas, and over the years, with multiple trials, errors and failures, we have been able to better our product and technologies. And today, with utmost pride, we can announce that we have finally made our mark by bringing to India, the best of the battery and cell technology available. India as a market demands products designed bespoke for the country and not carried forward from some other market. In that respect, we have been able to understand the pulse of the market and our customers well and hence bring to them the best that the world has to offer. Be it designing products or the impact they have on the ecosystem to enabling our stakeholders to bring about a positive difference to the larger world, it is Responsibility that drives Log9, and shall carry forward our transformative legacy in the times to come.”