Due to increased run-time and improved remunerative prospects for shared e-mobility drivers, the demand for EV battery swapping is rising in India 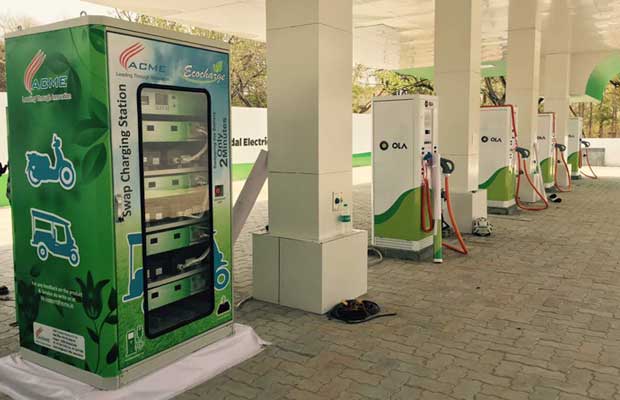 Due to increased run-time and improved remunerative prospects for shared e-mobility drivers, the demand for electric vehicle (EV) battery swapping is rising in India, a new report by market research and consulting services firm P&S Intelligence has revealed. The market is likely to be dominated by electric three-wheelers as these vehicles are majorly used for passenger carriers and run on an average more than 100 km a day. Since with each full charge these vehicles run less than 100 km, these are required to be charged twice or thrice a day.

Battery swapping technology offers the best alternative to slow charging and helps the drivers to make optimum use of the operational hours. However, the commercial vehicle category is projected to grow at the fastest rate during the forecast period in the Indian EV battery swapping market.

The report shows that based on service type, the pay-per-use category is expected to hold the larger share in the Indian EV battery swapping market in 2020, and is further projected to remain the dominant category during the forecast period. This can be buoyed by the preference of the vehicle drivers to pay as per their usage, due to a lack of fixed usage patterns of their vehicles. For instance, it is observed that electric two-wheeler riders generally do not prefer driving for long distances. Since they do not require much battery swaps for running for short distances, the majority of the drivers are expected to opt for the pay-per-use model.

To gain a competitive edge over other players in the Indian EV battery swapping market, the companies are focusing on offering products and services and working in collaborations with other market leaders to expand their reach.

According to the report, from the competitive landscape view, the Indian EV battery swapping service providers can boost their market share by seizing the growth opportunities presented by:

The report further details that the automotive lithium-ion battery with cylindrical cells witnessed the fastest growth in the market. Its demand was driven by high mechanical efficiency and greater heat dissipation properties of these cells and their lower cost of production.

And that the load carrier category is expected to register faster growth in the Indian electric rickshaw battery market during the forecast period. This is attributed to the expansion in the e-commerce industry and the low total cost of ownership (TCO) of load carriers.