EVTRIC Motors, an electric vehicle manufacturer based out of Pune, has announced the release of its first motorcycle – EVTRIC Rise – in the country which is priced at Rs 1.60 lakh.

EVTRIC Motors has opened bookings for the newly launched electric motorcycle which requires a  deposit of Rs 5,000. The EVTRIC Rise was launched at the dealers’ meeting of EVTRIC Motors in Rajasthan. The electric bike has a top speed of 70 km per hour and can travel more than 110 kilometers on a single charge, claims the firm.

Manoj Patil, Founder- MD, EVTRIC Motors, said, “We are excited to bring our latest creation, RISE, our first ‘Make in India‘ electric bike for the customers who are still otherwise hesitant to switch from internal combustion engine-powered vehicles to EV.” The brand has been promoting itself on the lines of ‘Make in India. 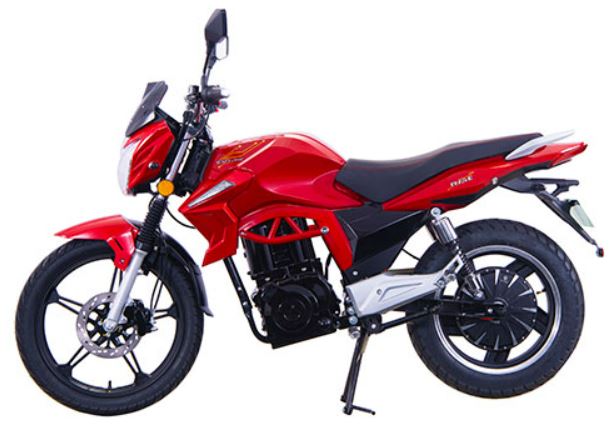 “We believe it is a responsibility for Indian automakers to give their best to the ultimate e-mobility mission and contribute toward the advancement of the market, and a pollution free tomorrow,” added Patil.

EVTRIC Rise is equipped with a 2000-watt BLDC motor. A 70v/40ah lithium-ion battery fitted in the EV gets fully charged in four hours with the accompanying 10amp micro charger. There is also a feature of auto cut.

EVs Buying Costs To Be At Par With Petrol Vehicles In A Year, Says Nitin Gadkari
Also Read

EVTRIC Rise also has LED with DRLs and rear winkers. It comes in two colours – red and black.

Pune-based automation company PAPL owns EVTRIC Motors. In July, 2021, PAPL delved into the electric vehicle business with an investment of Rs 100 crore. The company has been investing in a phased manner for the launch of electric scooters, bicycles, bikes, and three-wheelers.

The current launch is not the first EV of the company. EVTRIC Motor presently owns three electric scooters in its product portfolio: AXIS, RIDE, and MIGHTY. According to the company, the EVs are being sold in India through a network of 125 touchpoints in 22 states.