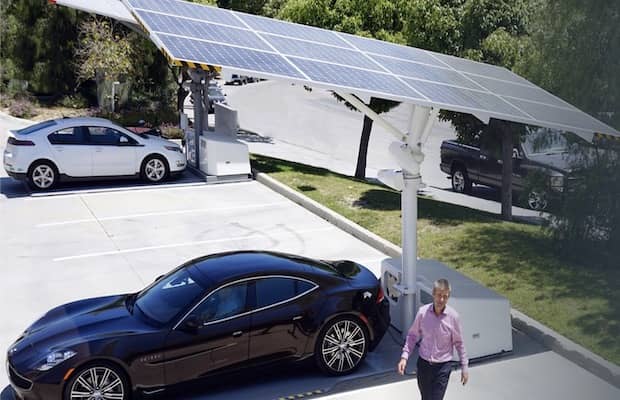 Envision Solar has announced that the State of Massachusetts has awarded the company a new statewide contract for the deployment of EV ARC transportable solar-powered EV charging solutions, as a result of the company’s successful response to a Massachusetts State Bid.

The contract term commenced on December 1, 2019, and is valid until October 16, 2021. It is available for all state departments and for use by local governmental agencies. The contract covers several EV ARC models and also includes Envision’s high powered and DC fast charging EV ARC models, which were most recently deployed for CALTRANS in California.

The contract also includes Envision’s emergency power solutions, which provide a secure and reliable source of electricity to first responders during natural disasters or other periods of utility grid interruption.

Under similar contracts with the State of California and the City of New York, Envision Solar has successfully delivered the highest volumes of EV ARC™ units compared to any other customer group or contract vehicle. The addition of Envision’s high-powered and DC fast charging products will enable Massachusetts government agencies to rapidly deploy a broad set of EV charging infrastructure solutions, which are not grid connected, require no construction or electrical work and will continue to charge their fleet vehicles during grid outages.

”We have learned that having contracts in place with large government purchasing agencies is a highly efficient way for us to get our products to market,” said Desmond Wheatley, CEO of Envision Solar. “Adding a contract from the State of Massachusetts is an important continuation of our strategy to replicate the successes we have had in California and New York. As we see the adoption of electric vehicles for fleets increase across the US, we intend to pursue similar contract vehicles in as many states as possible during 2020.”

Recently, it was reported that the City of Atlanta had issued a purchase order for the Company’s patented EV ARC product. Atlanta will use the EV ARC to charge its growing fleet of electric vehicles (EVs).