The Finance Department of the Delhi Government has yesterday announced that the entire hired vehicle fleet of the government to be switched to Electric Vehicles (EVs) under a deadline of 6 months. 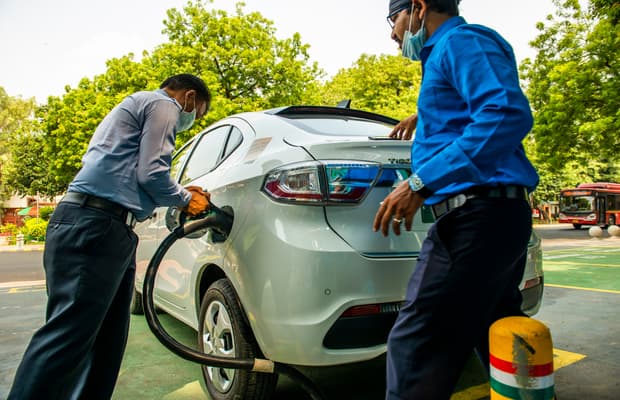 The Policy Division of Finance Department has released an Office Memorandum, which reads “The Transport Department of Delhi has decided that all departments, autonomous bodies, and grantee institutions of Delhi Government shall shift their existing hired vehicles to Electric Vehicles (EVs) through a lease/hiring model within a timeline of six months and procure a new EVs against condemnable Internal Combustion Engine (ICE) vehicles.”

The Deputy Chief Minister of Delhi, Manish Sisodia took it to Twitter to inform the public and shred the document as well. “It’s history! Driven by the vision of CM @ArvindKejriwal to make Delhi the ‘ELectric Vehicle capital’, Delhi govt today became the 1st in the world, not just India, to mandate its entire hired car fleet to switch to electric WITHIN a deadline- 6 mths. @SwitchDelhi begins at home,” his tweet reads.

It’s history! Driven by the vision of CM @ArvindKejriwal to make Delhi the ‘ELectric Vehicle capital’, Delhi govt today became the 1st in the world, not just India, to mandate its entire hired car fleet to switch to electric WITHIN a deadline- 6 mths. @SwitchDelhi begins at home pic.twitter.com/e5Y20zFrhP

Sisodia further added, “Over 2,000 cars will be impacted by this decision and will transition to EVs in the next 6 months. We hope this decision inspires cities and govts around India and the world to tackle the pollution and climate change problem with the seriousness and urgency it deserves.”

Additionally, the Chief Minister of Delhi, Arvind Kejriwal also retweeted Sisodia’s tweet and wrote, “This will go a long way in curbing pollution in Delhi. Delhi is fast becoming a modern city. Every Indian is proud of Delhi.”

Interestingly, the government of Delhi is trying so hard to promote EV adoption in the state as Kejriwal had recently launched the ‘Switch Delhi’ campaign to aware of and motivate the public to switch to EVs by providing subsidies in EV purchases along with zero tax and registration fee.

Consequently, after Switch Delhi, The transport minister of Delhi, Kailash Gahlot launched The Dialogue and Development Commission (DDC) campaign on Tuesday. This campaign was launched to encourage private vehicle owners to shift to electric vehicles. He also had announced that all leased or hired cars to be used by Delhi government officials for commute will be electric vehicles (EVs) within the coming six months.