Home » EV+Storage » Charging Infrastructure: The Backbone That is Driving a Transformation

Charging Infrastructure: The Backbone That is Driving a Transformation

With global oil prices skyrocketing and petrol and diesel costs going up almost on a daily basis, there is an urgent need to switch over to a more sustainable energy option. Recognizing this, the Indian government has been actively trying to promote the use of electric vehicles (EVs). The Centre and several state governments are also coming out with policies to spur the adoption of EVs. 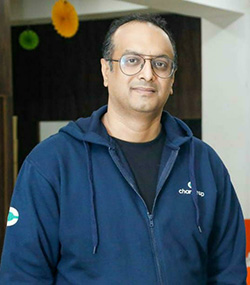 According to Deloitte’s Global Automotive Consumer Study 2022, the interest of the Indian consumer in electric and hybrid vehicles is on the rise with over a third of them expressing interest due to concerns around climate change and rising pollution levels. The survey pointed out that the interest in EVs comes from environmental consciousness, need for lower fuel costs and a better driving experience.

To meet this growing demand, India will need to deploy a robust electric vehicle charging infrastructure across geographies. However, the charging infrastructure is yet to be developed uniformly in the country. Currently, 9 cities in India account for about 940 of India’s 1640 public EV chargers. The slow growth of charging infrastructure is the prime reason for the low penetration of EVs in the country. Not only do we need enough charging stations in the right places, but also an electric grid to support its trouble-free operation. However, the high cost setting up an EV charging station coupled with the fact that it needs to be done at a prime location makes it a very challenging proposition indeed! On top of it, technical safety at EV charging stations needs to be addressed along with software related challenges!

India has enough power for any number of EVs on the road. All that needs to be sorted out is how the power is manufactured and distributed. In an appropriate response, the Ministry of Power issued the “Charging Infrastructure for Electric Vehicles revised consolidated guidelines and standards” on January 14, 2022, to accelerate the e-mobility transition in the country which has specified that charging stations have to be in a 3X3 km grid.

Location of the charging station is often a prime challenge. It should be easily visible, accessible, save time and ensure that queues are minimized. However, this is not often the case and as a result the charging stations are not evenly distributed. High cost of setting them up is a further deterrent and depending on the types of chargers involved, it may vary anywhere between 1 to 40 lakh. Some state governments in India have announced subsidies for setting up charging stations and the Centre has come up with guidelines for offering land at concessional rates but clearly, more needs to be done.

Paving the path for large scale EV adoption in India, the Government of India has also announced a battery swapping policy, a viable alternative that involves exchanging discharged batteries in place of new ones. Battery swapping is time-saving, space efficient and cost effective and is expected to address the constraints of space in urban areas for setting up charging stations at scale.

While battery swapping is a cost-effective alternative, the development of charging infrastructure in the country cannot be ignored. In fact, the two go hand-in-hand to create a favourable ecosystem for adoption of EVs in the country. Even though we have a long way to go, the slew of policy measures and the technological advancements being developed as a response are headed in the right direction. The EV ecosystem is set to pick up in the times ahead and these vehicles will become the transport of choice for people.

Varun is the Co-founder and CEO, Chargeup