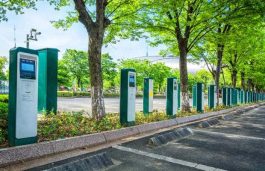 Since the Delhi Government is pushing EV adoption in the state so hard, it has mandated all its departments, autonomous bodies, and grantee institutions to shift their existing fleet of hired conventional fuel vehicles to electric variants within six months. Unitedly, the Convergence Energy Services Ltd (CESL), has announced support for the Delhi government’s switch […]

Explained: Bifacial Solar Panel and Everything You Need T...